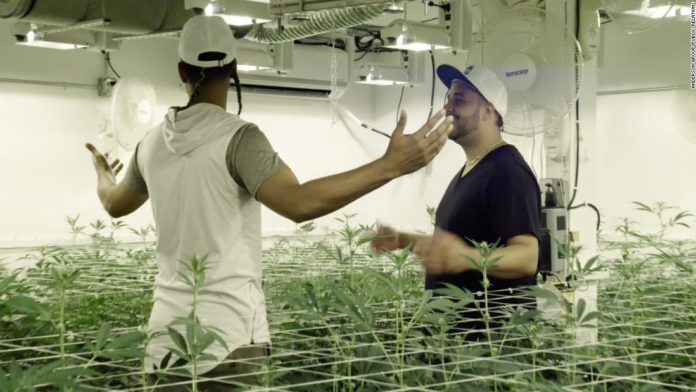 That’s because “The Next Marijuana Millionaire” looks like what would happen if you added weed to “The Apprentice” and threw in a little “Survivor.”
Billing itself as the “first-ever cannabis business competition television series,” the new show features 16 “budding entrepreneurs” competing to win $1 million and a chance to partner with Straumietis.
As the founder Advanced Nutrients, the “top-selling cannabis fertilizer brand in the world,” Straumietis is out “to discover the next industry titan,” according to a press release for the show.
Reality TV appears to be getting fired up about the multi-million dollar cannabis industry.
Discovery is debuting “Growing Belushi” on August 19, which will chronicle actor Jim Belushi building a legal cannabis business from scratch in southern Oregon.
“The Next Marijuana Millionaire” is set to premieres August 15, 2020 on several streaming services including Amazon Prime, Apple TV and Pluto TV.