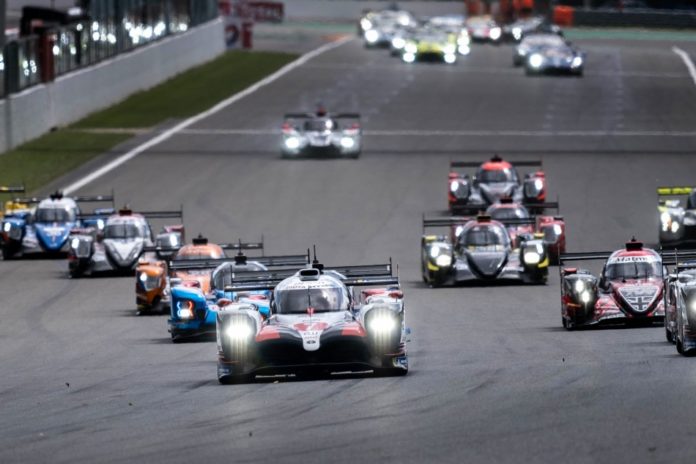 The FIA World Endurance Championship will resume on the 13-15 August with the TOTAL 6 Hours of Spa-Francorchamps, round 6 of WEC Season 8. The event, which will take place behind closed doors, has attracted a 31-car grid for the first race in five months due to the Covid-19 pandemic.

The 6 Hours of Spa-Francorchamps is the traditional dress rehearsal for the world championship’s pinnacle, the 24 Hours of Le Mans, which is now set to be the WEC Season 8’s penultimate event on the rescheduled date of 19-20 September.

In LMP1, two Toyota Gazoo Racing TS050 Hybrids, one Rebellion Racing R13 LMP1 entry and ByKolles Racing Team with the Enso CLM P1/01 will be battling it out for glory.

The no1 Rebellion Racing R13-Gibson of Bruno Senna, Gustavo Menezes and Norman Nato was the winning combination back in February at the Circuit of The Americas in Texas, beating the no8 Toyota Gazoo Racing TS050 of Sebastien Buemi, Kazuki Nakajima and Brendon Hartley to the chequered flag by over 50 seconds.

After five races so far this season, Toyota Gazoo Racing currently lead Rebellion Racing by 33 points but it will be all to play for when the championship resumes at Spa. Indeed, could Rebellion and ByKolles’ podium spots at the recent 24 Hours of Le Mans Virtual be replicated in the real world and see them challenge points-leaders Toyota at the iconic Belgian circuit?

LMGTE Pro will see the category’s key manufacturers – Aston Martin, Ferrari and Porsche – continue the battle for GTE supremacy with Aston Martin currently leading the field 32 points ahead of nearest rival, Porsche.  Belgium’s Maxime Martin, team-mate of Alex Lynn in the No. 97 Aston Martin Vantage, will be looking for home advantage at Spa.  Their Danish teammates Nicki Thiim and Marco Sorensen in the no95 Vantage will be hoping to continue their winning ways after the long break since taking the chequered flag in Texas.

LMP2 is currently headed by the no 22 United Autosports Oreca07-Gibson with Portugal’s Filipe Albuquerque and Britain’s Phil Hanson holding a 4-point lead over the no37 Jackie Chan DC Racing trio of Ho-Pin Tung, Will Stevens and Gaby Aubry.  Albuquerque and Hanson won the last two races in Bahrain and Texas alongside their new teammate Paul Di Resta, will they be able to maintain their momentum in Belgium after a five month break?

In addition to the eight regular LMP2 entries, there will also be the ‘all black’ Eurasia Racing New Zealand Ligier JS P217 ready to makes its WEC debut. The car will be piloted by New Zealand’s Daniel Gaunt, Japan’s Nobuya Yamanaka and Spain’s Roberto Merhi.

Algarve Pro Racing will also enter an ORECA 07 with America’s John Falb, Swiss driver Simon Trummer and former ELMS LMP2 Champion Jon Lancaster confirmed to drive. These two extra entries take the tally of LMP2 cars set to compete in Belgium to ten – the highest of the season so far.

Finally, LMGTE Am sees a healthy field of 11 entries including Dempsey-Proton Racing – who won the LMGTE AM category at Spa last year in extremely changeable weather conditions which saw drivers contend with a mix of snow, hail, rain and sunshine…!