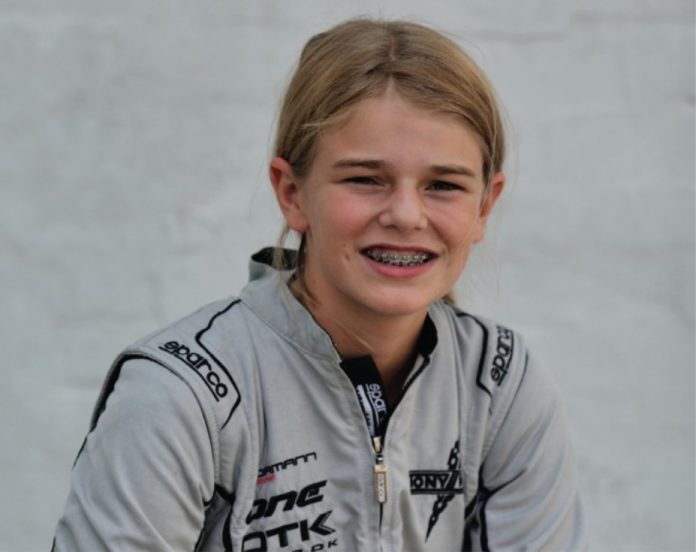 Women in Motorsport Commission chooses 12-year-old from Denmark to compete in international competition.

Young Danish karter Freya Normann has been chosen as the FIA Women in Motorsport Commission representative in this year’s FIA Karting Academy Trophy.

Open to drivers aged between 12 and 14 years the Trophy is a unique series of events designed to pit the best young karters against each other on equal terms and Normann comes to the competition after finishing third in the Danish national championship in just her fourth year in karts.

The youngster from Ølstykke began her karting career in 2016 and the following year finished third in the Cadet Mini class. She went on to win the Ladies’ Cub Rotax Mini class of Denmark’s Rotax Max Challenge last year and was Club Champion at AAK Hedeland in Rotax Mini/OK Junior.

“I’m really happy,” Freya says of her selection for the Academy Trophy. “My friends don’t really understand it all but they are happy for me!

“Ahead of the competition I’ll be doing lots of training, running and karting. I will train with my brother and also with [Danish sports car racer and FIA Women in Motorsport driver] Michelle Gatting, she really inspires me,” adds Freya, who will also this year be competing in OK Juniors in Denmark.

Freya began her karting journey emulating her older brother who also races. “I was always on the side watching. Then I decided to race as well and now I love it too”. With her throughout has been her father, Mads, who is thrilled that her application for the Trophy, through ASN DASU was successful.

“The whole thing is quite overwhelming, especially this season with Corona. I’m happy and proud of my daughter,” he says. “I know Freya is very excited but she’s a little shy and humble, she’s not a bragger and she’s taking the opportunity very humbly and with commitment.

“Her first day in a race kart we went to the hospital! She hit the wall with a lot of power and I remember when we went to the hospital and the nurses asked what happened, they yelled at me for putting my beautiful daughter in the race car,” he laughs. “She’s pretty fearless and very determined on the track. Our whole family is involved in her racing and her brother is very helpful, even if he’s a little bit irritated he never got the same opportunity. But he’s downloaded a lot of tracks and put her in the sim in the garage and they practice a lot.”

Freya’s ultimate goal is, of course, to make to it Formula 1 and she’s a big fan of “Lando Norris and Charles Leclerc, and also my older brother; they are all good drivers.”

The first step on that pathway will come on 13-16 August when Freya travels to Adria in Italy for the first round of the Academy Trophy. She’ll then journey to Genk in Belgium for round two at the start of September before taking part in the final round at Lonato in Italy on 2-4 October.

This article was published in WOMEN IN MOTOR SPORT NEWSLETTER #18