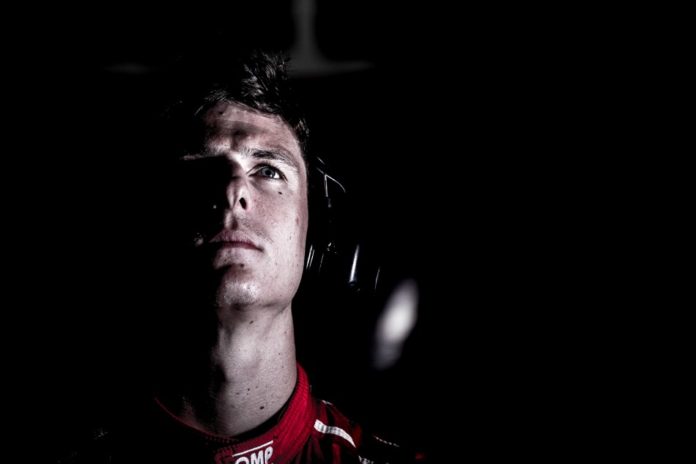 In the run-up to the FIA World Endurance Championship’s return to racing at Spa-Francorchamps, which will be held behind closed doors (13-15 August), three of the LMGTE PRO drivers share their favourite things about the legendary Belgian circuit.

“My first memory of Spa was my first time there in a Formula Renault car. It was amazing going up through Eau Rouge for the first time and it’s something I will never forget.  Winning has to be my favorite memory but the biggest highlight for me was taking the qualifying pole position for the 24 Hours back in 2017. Last year’s WEC race with sun, snow, rain and hail was something I won’t forget in a hurry either!”

When asked about nature of the track itself, Calado explained: “I really like the middle sector of the circuit which is very high speed and fast flowing… to get the perfect lap you need to be on the limit. It’s all about taking advantage of new tyres and perfecting brake points – especially the last corner.”

Finally, we asked Calado if he could compete against any other racing driver at Spa, who would it be?  “Michael Schumacher,” he said defiantly, before adding: “He really was the master of Spa – especially in the rain and the changing weather conditions which are always more exciting for the drivers.”

Belgium’s Maxime Martin has some extra special family-based memories from his home circuit.

“My earliest memory from Spa was when I was six and my dad (Jean-Michel) won his last 24 Hours victory in 1992. At the time he’d set a record number of victories, so after the race he was given four pigs as a present! Each pig was wearing a T-shirt with a sponsor for each the cars he won with. They came home to live with us, and we kept them for a long time!”

As an LMGTE Pro driver, Martin identified various challenges of competing at Spa in a GT Car.  He took up the story:  “For some cars, like F1, it is easy flat every lap, but in a GT car it is not flat every lap and it is very challenging. Also, you have the double-left at Pouhon which is a downhill fourth gear corner, but that is very, very fast on the entry. It’s really challenging as well. You don’t have that many long and fast corners on many tracks and I think this is one that is really interesting, where you also need courage to gain some time there.”

Last year’s WEC race at Spa saw sun, rain, snow and hail but Martin and his team-mate Alex Lynn took it all on their stride as they went on to win the LMGTE Pro category. So, we asked Martin what is key to creating the perfect lap – even in the toughest of conditions?

He explained: “You really have to feel the flow of the track because except for the last chicane and La Source, you don’t have big stop-and-go corners. The main thing to be fast there is to maintain that flow. With a lot of tracks there is quite of lot of big braking, turn-in and then back on the power, which is more robotic. Spa is about keeping the speed and feeling the personality. Silverstone is very similar, where it is important to keep the momentum into the corners. If you get it, you can be really fast, but if you don’t get it, that is where you start to struggle because you are out of rhythm.”

Finally, if Martin could race against any other driver at Spa who it would be? “I would like to have raced against my dad. To race with your dad is always nice and going up against him would be really fun.”

Last, but certainly not least, is Porsche GT Team’s Gimmi Bruni, who revealed some of his favourite memories from Spa.

“I have many great memories from Spa… but my favourite has to be when I drove there in 2004 with Minardi in Formula 1. It was my favourite circuit with that kind of car.”

Bruni continued: “We had good races in the past when I started in GT and the 24 hours – especially when the race goes into the night and it is getting dark. I always had good fights there, for example with Porsche. Today I’m a works driver for Porsche myself and I’m very happy about that. Now I’m looking forward to drive the new 911 RSR for the first time at Spa.”

When it comes to racing at Spa, the Italian driver admits that a number of factors come into play when trying to create the perfect lap.

“You need to be smooth in the high-speed corners. You also need have to have good downforce, but low drag and high speed for the long straights as well. Good balance in the car is also important to save the tyres as much as possible.”

The Italian added: “I really like Blanchimont, the double left-hander downhill. I’m a fan of fast corners with less braking. But the whole circuit is nice, there is not a single corner I don’t like. For a driver it’s a dream to compete at Spa. Eau Rouge is very interesting, too – especially with a GT car which is very challenging for us.”

Finally, we asked Bruni if he could compete against any other driver at Spa, who would it be? “In the past, my idol was Michael Schumacher, as a driver and for his mental preparation. He achieved a lot on this track. I wish he could join Richard and me in the car as third driver.”