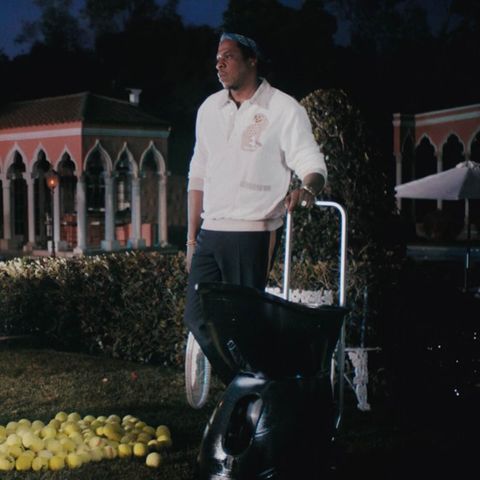 Last week, Beyoncé dropped her latest tour de force of creative dominance, an hour-and-a-half long visual album that serves as a companion piece to the soundtrack for Disney’s remake of The Lion King. Outside of a few teasers released online, Black Is King arrived with relatively little fanfare on Disney+, perfectly timed to fuck up your weekend plans in the best way possible.

Black Is King is, effectively, a feature-length fashion film. Clothing—often sumptuous, intricately designed couture from brands both big and small—plays a central role in articulating the expansive, frequently dazzling vision of pan-African identity Beyoncé and her collaborators set out to establish from the outset. Few stars have been able to exert such complete creative control over their public personae to the extent Beyoncé has, and her canny understanding of the way a look—an outfit, an —can be used to keep moments lodged in the cultural consciousness has allowed her to develop a distinctive visual language all her own.

As in Lemonade before it, Black is King puts Beyoncé front and center, and clothing plays a crucial role as a close supporting character throughout. In light of the fashion industry’s recent attempts to pivot to video, it also stands as a testament to the power of the medium, at least in the hands of one of the world’s ablest tastemakers and her all-star roster of behind-the-scenes talent.

For menswear fans, the real thrill comes around 25 minutes in, when the film introduces her husband, Mr. Shawn Carter himself, reclining in the back of an old-school drop-top as he’s chauffeured to the front door of a palatial home in a shawl-collar wrap suit from Dior Men’s. Over the next 10 minutes or so, as the pair trade casual flexes with the steely indifference few do better, Hov shows off the type of dandyish tailoring he’s favored lately (often from designer Davidson Petit-Frère) in one of the most visually arresting montages in the film.

Jay-Z in Tombolo in Black Is King.

Towards the 30-minute mark, though, Jay opts for a decidedly more casual look, and if the custom-made finery he rocks just-so throughout the rest of his cameo looks like a fantasy in more ways than one, this particular get-up is a whole lot more approachable. Because Jay-Z’s shirt, a terry cloth polo from Tombolo, is currently available online (!) in a near-full run of sizes.

These days, the GOAT MC who never really lost it (fight me) dresses the way he raps: So effortlessly you might miss some of the technical finesse the first time around, even though it’s damn near impossible to shake once you pick up on the details the second (and third, and fourth) listen. In a shirt so soft you it’ll make your coziest sweats feel like your stiffest jeans by comparison—accessorized with some not-so-subtle hints of gold jewelry—Jay-Z models the type of relaxed elegance you’d expect to see from an artist, not unlike his wife, with nothing left to prove and no one to best but himself.

And shit, man, if Jay’s cosign isn’t enough of a justification to cop what in the hell is? 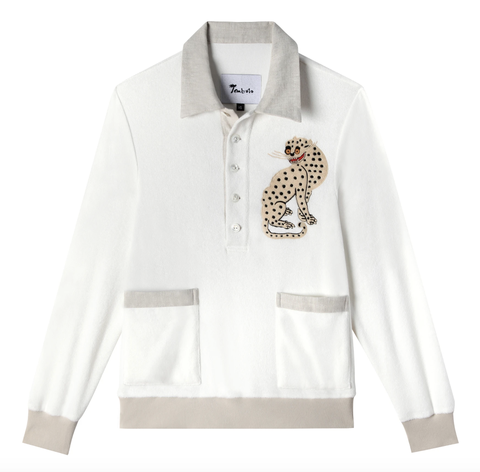