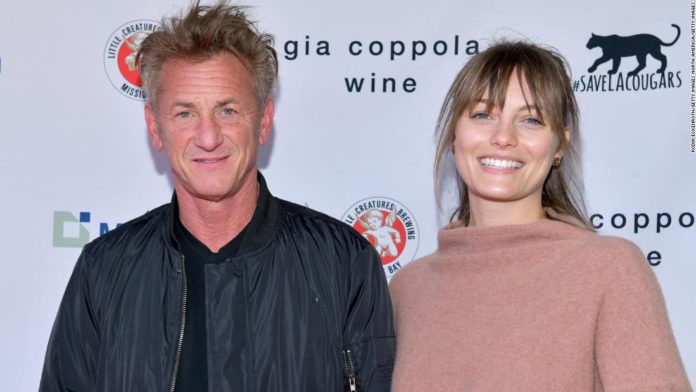 The actor confirmed on “Late Night with Seth Meyers” that he married actress Leila George last week in what he said was a “Covid wedding” held via Zoom.
Penn, 60, didn’t seem to have a problem with the low-key approach, however.
“Let’s say there are socially liberating factors under Covid,” he told Meyers.
George, whose full name is Leila George D’Onofrio, is the daughter of actors Vincent D’Onofrio and Greta Scacchi.
George, 28, has credits that include the TV film “Mother, May I Sleep with Danger?” and 2019 action film “The Kid,” which was directed by Vincent D’Onofrio.
Penn is co-founder of the nonprofit organization Community Organized Relief Effort (or CORE), which has been partnering with community organizations and local governments to expand the availability of coronavirus testing.