Home Sport Thomas believes he is a major ‘underachiever’ 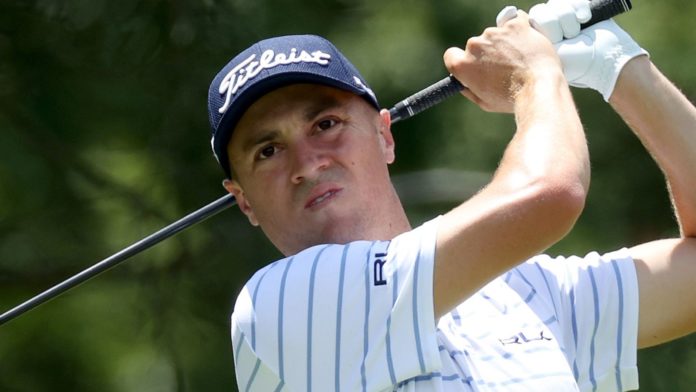 Watch the return of major golf live on Sky Sports. First round coverage begins on Thursday at 6pm on Sky Sports Golf

Justin Thomas believes winning a second major is tougher than landing his first as he prepares to start the PGA Championship as the new world No 1.

Thomas considers himself an underachiever due to having only one major victory under his belt, a two-shot win at Quail Hollow in the 2017 PGA, and he has posted only one top-10 finish in seven major starts since.

But the 27-year-old arrives at TPC Harding Park as officially the best player in the world for the second time, and he feels in the ideal frame of mind to double his haul of Wanamaker Trophies.

“I’ve felt almost getting the second one has been harder than the first one. Why is that? I don’t know. I don’t want to say anybody can win one, but it’s definitely harder to win two than it is one. I mean, that’s a very obvious statement!

“It seems like to kind of get into that level, that other level, and to be getting up into the double digits in majors for a career, you need to get going a little bit or you need to start winning some, and when you’re stuck on one, it’s pretty hard to get there because you’ve got to get to two first.

“You could argue that one is just as hard, or harder, but I’ve found that it’s been every bit as difficult to try to get it done. I mean, it’s hard to win golf tournaments, and it’s really hard to win majors. That’s the fact of the matter, no matter if you have won them or haven’t, it’s still tough.”

Thomas captured his second WGC-FedEx St Jude Invitational title by a three-shot margin in Memphis, a win which ended Jon Rahm’s one-week reign as world No 1, and although the American has a good record when playing the week after a victory, he admits it is a different feeling this time as he has little knowledge of Harding Park.

“But my game is in a good place, obviously, and I feel really good about everything. My body feels good. I’ve been doing a lot of trending the right way in a lot of directions that we’ve been trying to. At the end of the day I just need to execute once I get out on the golf course and tee it up on Thursday.

“Obviously it’s hard enough to win one week in a row out here, let alone two. But at the end of the day, last week is over with. This is a new week, we have a new field, new guys that are out here, all trying hard, trying to win a tournament, trying to win a major, and I’m trying to do the same thing.

“What happened last week is something I feel like I can only use to my advantage as opposed to hurt me, or at least I’m hoping so. I’m just trying to get to learn the golf course and really get rested more than anything, kind of get my energy back so we’re ready to go come Thursday.”