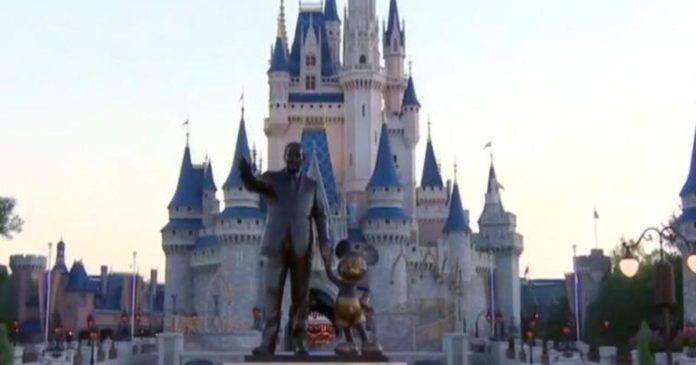 Earnings at the Magic Kingdom are dropping faster than a sinking log flume.

The Walt Disney Co. on Tuesday reported a fiscal third-quarter loss of $4.7 billion, after reporting a profit in the year-ago period. The company posted revenue of $11.8 billion in the period, $870 million short of Wall Street’s expectations.

The Burbank, California-based company has been losing millions of dollars every day since its theme parks were closed due to the coronavirus in March. Its Florida theme parks reopened in July with health and safety guidelines in place, including limits on the number of visitors allowed inside. Meanwhile, most of California’s Disneyland remains closed as coronavirus cases mount in the state.

“As you know, the majority of businesses worldwide have experienced unprecedented disruption as a result of the pandemic,” Disney CEO Robert Chapek said in a call with analysts to discuss its latest financial results. “Most of our businesses were shut down, and this had a huge impact on our third-quarter results.”

Delayed releases of long-expected films, including “Avatar,” “Star Wars,” “Tenet” and “Mulan,” also hurt the company’s bottom line. Mulan will premiere on the Disney+ streaming service on September 4, bypassing most theaters altogether, Chapek in the earnings call. Streaming the film will cost $29.99.

“We see this as an opportunity to bring this incredible film to a broad audience currently unable to go to movie theaters, while also further enhancing the value and attractiveness of a Disney+ subscription with this great content,” the executive said.

Disney shares have dropped 19% since the beginning of the year, while the S&P 500 has climbed slightly more than 2%. In the final minutes of trading on Tuesday, Disney shares hit $117.29, a fall of 15% in the last 12 months.

“To put things in perspective, Magic Kingdom has capacity of 90,000 and does over 57,000 on an average day,” equity analyst Richard Greenfield of Lightshed Partners told investors in a report ahead of Disney’s latest earnings report. “Hours are reduced, many restaurants are closed and on-property hotels have pushed back planned reopenings. Simply put, the parks are bleeding cash, with no end in sight.”