Home Sport Allen and Murphy crash out of Worlds 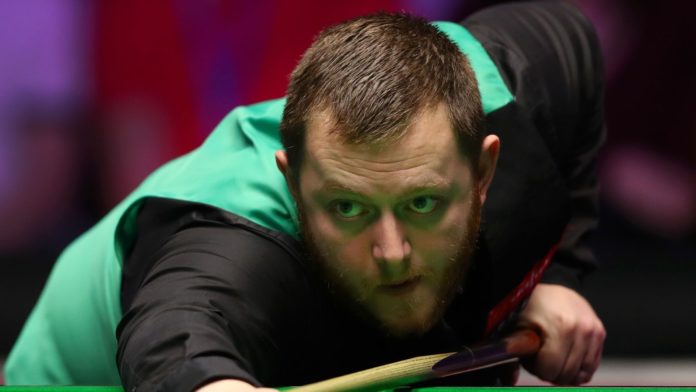 Fourth seed Mark Allen joined Shaun Murphy in crashing out of the World Snooker Championship on a day of major shocks at the Crucible.

Earlier, former champion Shaun Murphy bemoaned “the worst two days of my snooker years” after crashing out of the tournament in a 10-4 defeat to Thailand’s Noppon Saengkham.

Allen had been viewed as one of the top contenders for the title and looked set to streak through to round two after opening the match with successive breaks of 136 and 105.

But Clarke responded with a 136 of his own and the 25-year-old remained composed throughout, winning four straight frames from 6-4 down to seize control and go on to claim by far the best win of his career.

Clarke’s feat was matched by Saengkham, who exploited a series of uncharacteristic errors from Murphy to become only the third Thai player to win a match in Crucible history.

Saengkham estimated up to one million people will have watched the match in a country whose appetite for snooker was largely cultivated by the exploits of former world No 3 and two-time Crucible semi-finalist James Wattana.

He said: “James taught me everything – how to come here and speak the language. He taught me how to get through because for an Asian player to come to the UK is difficult.

“I felt a lot of pressure but I just tried to concentrate on the table and not think about all those people watching me.

“For the last three or four days I have turned my phone off and not done anything on the internet. If I turn my phone back on it will be too much pressure with all the messages.”

Mark Selby avoided a similar fate to Murphy but was far from his best as he laboured to a 10-6 win over qualifier Jordan Brown.

Selby said: “Obviously with no crowd you don’t know how you’re going to feel and at times my focus was in and out because of the situation.

“I definitely prefer playing in front of a full crowd. Sometimes if you’re struggling you can easily be out there and start losing a few frames and think the world’s against you because there’s no one cheering you on.

“But when things are going well it doesn’t matter whether there’s a full crowd or not. If you’re in the zone, you don’t notice the crowd anyway.”