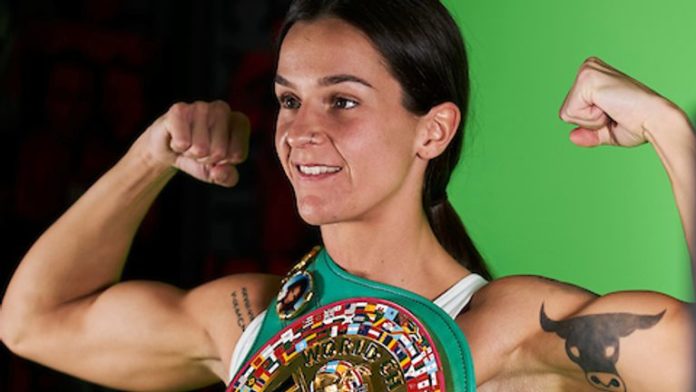 Terri Harper will get her first look at the challenger that she has called “unprofessional”, Natasha Jonas, when they meet at Wednesday’s press conference – watch a live stream here at 12.55pm.

Harper’s WBC super-featherweight championship is up for grabs at Fight Camp on Friday night from 7pm, live on Sky Sports.

Jonas’ late arrival to the Matchroom HQ on Tuesday, missing her specific entry point to comply with COVID-19 regulations, prompted criticism from the champion.

🛬 @TashaJonas & @JoeG are the final arrivals at this week’s #FightCamp

“For me, she can do what she wants. But on [behalf of Matchroom and Sky Sports], the work that you have put in, making sure everything sticks to the schedule, it’s thrown a spanner in the works.”