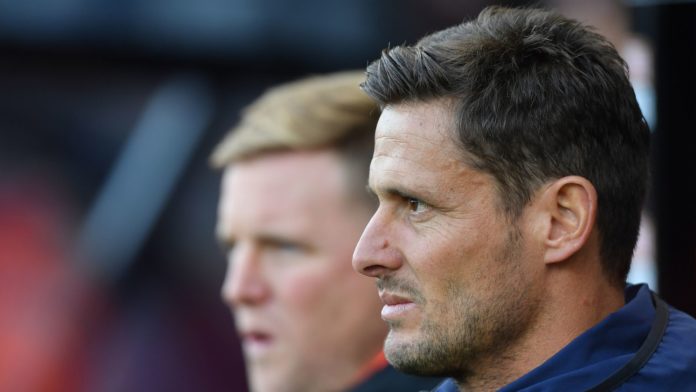 Jason Tindall would like to be considered for the vacant Bournemouth manager’s job.

The club are stepping up their search for Eddie Howe’s successor after he ended his 25-year association with the Cherries following their relegation to the Championship.

And Tindall, who served as number two to Howe at the Vitality Stadium, is thought to be on Bournemouth’s managerial shortlist.

Former Bournemouth defender Tindall was a key part of the club’s coaching staff, helping them rise from League Two to the Premier League in 2015.

He was placed in interim charge following Howe’s exit and the vacancy would be his first significant managerial role should the club opt for continuity and appoint him.

An announcement on a new manager is likely to come sooner rather than later with a shortened turnaround between the end of last season and the start of pre-season.

Players are due to return on August 17, with the 2020/21 Championship season scheduled to commence on the weekend of September 12.

It will be Bournemouth’s first second-tier campaign in five years and the rebuild of the playing squad is underway with Nathan Ake set to join Manchester City and the likes of Joshua King and David Brooks are also attracting interest.