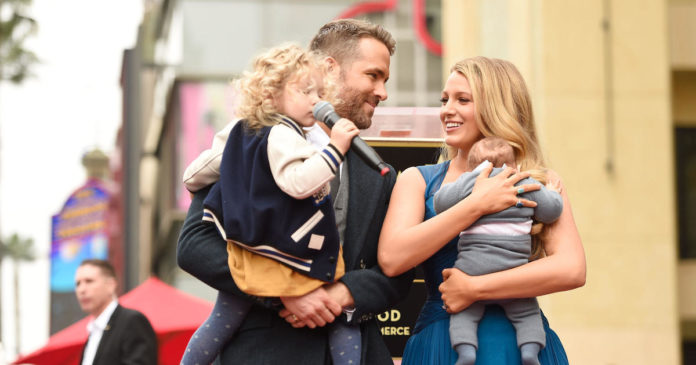 The adorable duo, who welcomed their second child, a baby girl, in September, named their newborn daughter Ines, according to Us Weekly.

Lively and Reynolds are also parents to daughter James, who just turned two last Friday. Ahead of her birthday, James made her official public debut at her daddy’s Hollywood Walk of Fame star ceremony, with her little sister by her side.

“Well, they look alike,” Reynolds told ET of James and Ines’ resemblance at GQ’s Men of the Year party earlier this month. “You can see that [Ines is] sort of a little mini version of our older girl. But, no, it’s great. It’s like an actually cohesive, working, functioning family… It’s amazing to see my older daughter taking care of my younger one. The Lion King was right! The circle of life exists.”

ET also caught up with Reynolds after he received his star on the Hollywood Walk of Fame, where he couldn’t stop raving about having Lively and their two kids in attendance as he was honored with the prestigious accolade.

“It’s everything,” he gushed. “Not only because my family is here, [but] this only happens once in a lifetime.”

“Normally we don’t drop the whole family out like this, but I just thought I’d regret this in 20 years if I didn’t have my kids here as well,” he continued of the rare occasion. “So we all, we decided collectively just to come down here in one big movement and be a part of this.”