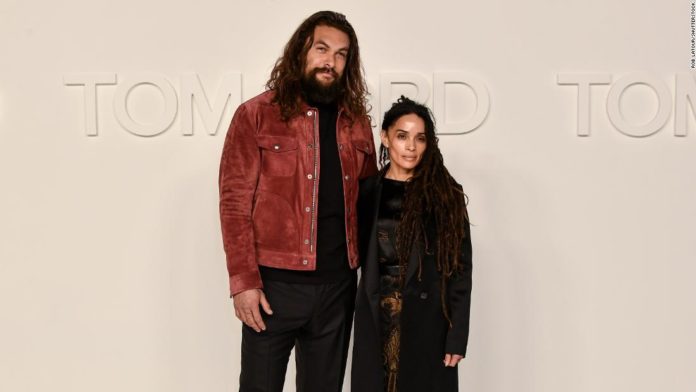 The “Aquaman” star surprised his wife, Lisa Bonet, by restoring her 1965 Ford Mustang.
The actor documented his big reveal in a YouTube video titled, “My Wife’s First Mustang.” He called the car, which Bonet bought when she was 17, her “first love.”
“I know we can’t relieve a memory, but maybe we can rebuild one,” he said.
When he finally made the big reveal to his wife, she is shocked. “Oh my gosh, it is so beautiful.”
The couple married in 2017 and share two children.
She was previously married to Lenny Kravitz. The three stars made headlines recently for their friendly relationships after Kravitz publicly wished Momoa a happy birthday on Instagram.