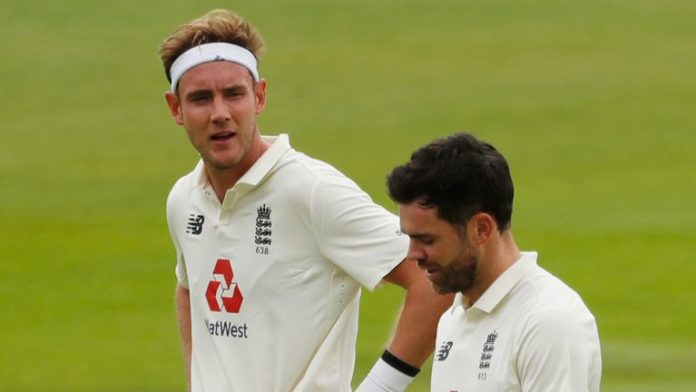 “Pakistan backed their batsmen, who batted with a good tempo, played the ball late, played straight”

Alec Stewart says England “let Pakistan off the hook” with their erratic bowling on day one of the first Test at Emirates Old Trafford.

Jofra Archer and Chris Woakes struck late in the morning session as Pakistan headed into the interval on 53-2 but some wayward bowling – which Sky Sports’ Nasser Hussain described as “pants” – after the break allowed the tourists to reach 121-2 before the day’s second rain stoppage.

Pakistan eventually closed on 139-2 when bad light caused an early finish with Babar Azam unbeaten on 69 and Shan Masood 46 not out – the latter benefiting from a dropped catch and missed stumping by Jos Buttler.

Former England captain Stewart told The Cricket Debate: “England set such high standards and have just beaten the West Indies. They know they are up against an even better side in Pakistan.

“They were good in the first session but it was like a different side came out after lunch. England know they let Pakistan off the hook with those overcast conditions.”

Stewart’s fellow Cricket Debate guest Dominic Cork agreed that England were poor but was impressed by the application of Masood and Babar, whose unbroken stand for the third wicket is now worth 96.

“Pakistan played and missed in the first session and could have been two or three down but that’s cricket – you are not always going to get the edges,” said former all-rounder Cork.

“Pakistan left the ball really well and that made Stuart Broad and James Anderson bowl tighter to the stumps and when you do that Masood and Babar will whip you through the leg-side.

After lunch we weren’t so good. We bowled too many four balls and gave the momentum back to Pakistan. We weren’t quite on the money. The challenge I’ve thrown out to the boys is, if that happens again – and it will do because not everything goes our way all of the time – how do we wrestle things back?

“England were striving for wickets and got greedy and didn’t stick to their plans. I think they will hold their hands up and say it wasn’t the best they ever bowled.

“Ultimately it will be about what they do on the morning [of day two] – if they allow Pakistan to build a big first innings Pakistan become favourites, especially with two leg-spinners.”

Stewart praised Pakistan’s aggressive call to bat first under leaden skies but says England are only a few wickets away from supremacy.

“It was a good toss to win – and it showed what Pakistan are about. It was a positive option,” added the ex-England wicketkeeper, now director of cricket at Surrey.

“The easy decision would have been to look upstairs and gone ‘it could swing and seam’ but they looked at the pitch and decided they wanted first use of it.

“They backed their batsmen, who batted with a good tempo, played the ball late, played straight.

“I’d still says it’s even-stevens. England bowled poorly at times and Pakistan batted well but the game hasn’t gone away. Let’s not go too hard at England. If they make early breakthroughs, then they will control it.”

England head coach Chris Silverwood – who remains hopeful Ben Stokes could bowl in the Test as he deals with a quad issue – said of his team’s bowling efforts: “We started off very well, we asked a lot of good questions and beat the bat a lot, but after lunch we weren’t so good.

“We bowled too many four balls and gave the momentum back to Pakistan and they capitalised. We weren’t quite on the money when we went back out there.

He was struggling for a bit of rhythm. As a bowler I’ve felt that before, it happens, but what I’ve said to Jimmy is you’re only ever one ball from finding rhythm again. When he does, we know how devastating he is.

“The challenge I’ve thrown out there in the dressing room to the boys is, if that happens again – and it will do because not everything goes our way all of the time – how do we wrestle things back?

“We know we’re up against very good batsmen. If we’re not on top of our game, they will take it away from us. It’s a timely reminder.”

Watch day two of the first #raisethebat Test between England and Pakistan live on Sky Sports Cricket from 10.30am on Thursday.