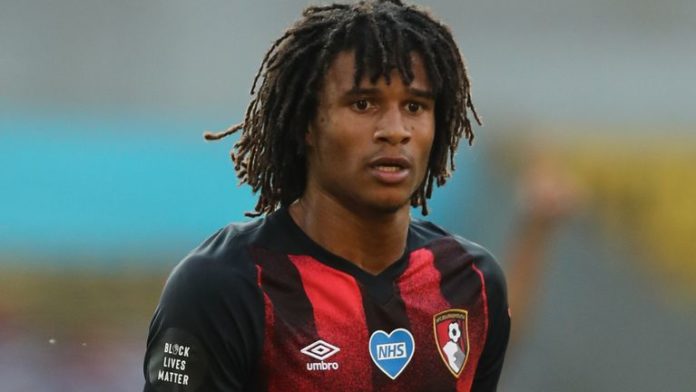 Manchester City have completed the signing of defender Nathan Ake from Bournemouth for £41m on a five-year deal.

The 25-year-old underwent his medical in Manchester on Wednesday, after City agreed a deal with relegated Bournemouth for the Netherlands international last week.

“City have been the best side in England over the course of the last decade,” Ake told Man City’s website.

“Coming here is a dream for me. This is a top side full of world-class players. Everywhere you look in this squad there are big names with international pedigree.

“Pep (Guardiola) is a manager admired across the world – what he’s done in the game speaks for itself.

“The success he’s had is unbelievable and the style of football he plays really appeals to me. I know I’m going to have to work hard to get into the side, but that’s what I’m here to do.”

He wrote: “I want to say goodbye after a fantastic time at Bournemouth.

“I want to thank everybody involved with the club for everything over the past years! I’ve had a fantastic few years playing at Dean Court learning so much and creating some amazing memories!

“Thank you to all the staff and players who made me feel welcome from the first minute. Because of you I am now able to make this next step.

“Lastly I would like to thank all the fans who’ve been amazing to me from the minute I arrived. Unfortunately we couldn’t bring this to a good end but I am sure we will see each other again in the future!”

Analysis: Is Ake what City need?

Of the current Premier League defenders aged 25 or under, only Hector Bellerin and Luke Shaw have racked up more top-flight appearances than Ake.

The chart below shows Ake’s positional development, revealing a versatility which would appeal to Pep Guardiola, who moved defensive midfielder Fernandinho into central defence to cover Aymeric Laporte.

Since he made his permanent switch in 2017, the Cherries’ win percentage jumps with him in the team and they concede fewer goals. That blend of youth, experience, versatility and effectiveness certainly bodes well for City.

For all the flowing, attacking football, Guardiola’s side are shipping almost one goal per game – the same ratio as his inaugural season before the serious rebuild.

To put a figure on it: the defence is currently 34 per cent less efficient, compared with last season.

Much was made of how City failed to replace Vincent Kompany after his departure from the club, but it was the serious injury to Laporte which exposed the cracks.

Without Laporte, City’s weaknesses were laid bare. Even with Laporte, a natural partner is missing.

Nicolas Otamendi, John Stones and Eric Garcia have been tested, but Guardiola has still preferred to play veteran midfielder Fernandinho as one of the pair. Fellow midfielder Rodri has played there, too.

The lessons are clear. City are scintillating in attack and have emerging stars in those areas to fill veteran voids, but needed to splash cash on at least one centre-back this summer.

Despite a busy start to the post-coronavirus transfer window, Manchester City want four more arrivals following the signings of Torres and Ake.

Defenders are now the priority, but deals for both a left-back and a second centre half, most likely Napoli’s Kalidou Koulibaly, are still some way off.

Inter Milan’s Lautaro Martinez remains the number one choice to fill the number 9 shirt, while The Athletic have reported City had enquired about the availability of Atletico Madrid’s Joao Felix, who has endured a difficult start following his £113m move last year from Benfica.