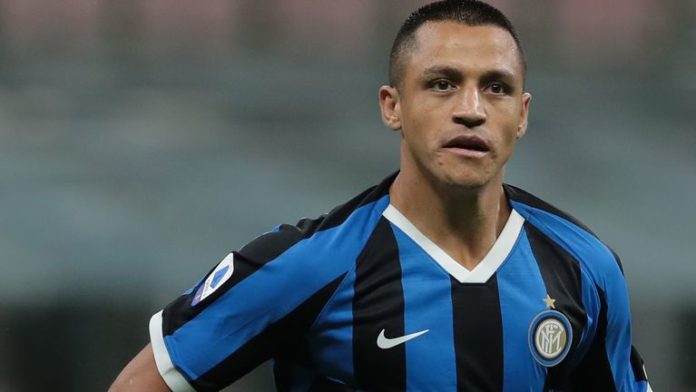 Talks have been progressing on a deal which is thought will see Sanchez leave United on a free transfer. The 31-year-old has been at Inter on loan since August 2019 with United still paying a large portion of his £560k-a-week wage.

Inter chief executive Beppe Marotta told Sky in Italy on Wednesday Sanchez would be signing a three-year contract, saying: “He is not official yet but unofficially he is ours for three seasons. We believe in him a lot and we are happy.”

Asked about a potential Sanchez move after United’s Europa League win over LASK, Solskjaer said the deal will be confirmed on Thursday.

“I can confirm that he’s agreed and we’ve agreed,” Solskjaer said. “Alexis enjoyed his time there.

“They’ve liked him, so of course that’s a good move for him. Wish him all the best. He’s a top player, that we want to see play his best football.

“For whatever reason we didn’t see the best of Alexis, but he’s a top professional and we just wish him all the best.”

The Chile international would receive a payout from United for cancelling his contract, which still has two years to run. The details of the payout are unknown but the value of the remaining two years in wages is around £55m.

Should a deal be completed, it would mean United’s iconic No 7 shirt would be vacant.

The shirt has been worn by George Best, Bryan Robson, Eric Cantona and David Beckham. It is also, incidentally, the same number Jadon Sancho wears for Borussia Dortmund.

Sanchez would leave Old Trafford after scoring five goals in 45 appearances since his swap deal involving Henrikh Mkhitaryan, who joined Arsenal, in January 2018.

Speaking in August 2019 upon his move to Inter Milan, Sky Sports’ Gary Neville was brutal in his assessment of the Chile forward’s time at Old Trafford.

“I thought he would be a forward who would play all across the line, who scored goals and was tenacious, but Sanchez has been an absolute disaster. I have no idea what’s happened to him. There must be two of them. No one could have foreseen the disaster that was about to happen with Alexis Sanchez.

“I don’t know what happened to him. That wasn’t the Alexis Sanchez that played at Arsenal. He wasn’t old when United signed him. He’d been proven. We knew United would get only a couple of years out of him, I know his wages were massive.

“But my point is, no one could have foreseen how bad he would be for the club.”

Sanchez at Man Utd: Where did it go wrong?

‘This was no slow decline. Sanchez had been named Arsenal’s player of the year just eight months prior to joining United but proceeded to struggle from the outset. Burnout was offered as an explanation but after his first summer off in years his form deserted him entirely.

‘How did one of the Premier League’s most exciting players become its biggest bust?’

United are close to agreeing personal terms in principle on a five-year contract with Sancho, as discussions continue at an advanced stage with Dortmund over the structure of the transfer fee.

Dortmund have not moved from their €120m (£108m) valuation of the England international, but seem to be open to accepting less money up front.

Ideally, the Bundesliga side would want an initial €100m (£90m) to fund a replacement for the 20-year-old – though it is very unlikely they would spend that amount of money on a new signing, hence the softening of the stance on Sancho’s initial fee.

Jadon Sancho excels in a raft of stats, even compared with players of a similar position across Europe’s top five leagues

The 20 stars who could move this summer

The transfer window is open and there are A-list players in demand and whose futures are uncertain.