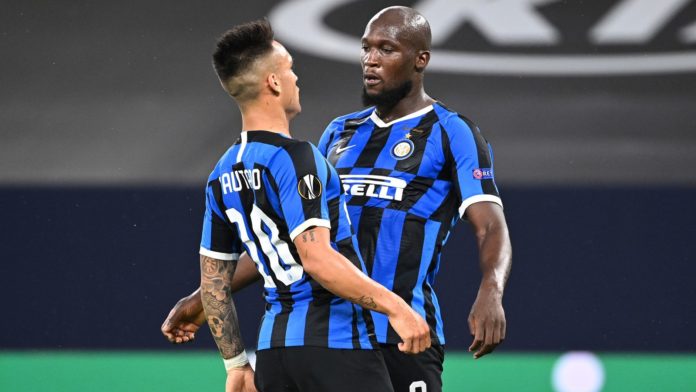 Goals from Romelu Lukaku and former Tottenham midfielder Christian Eriksen saw Inter Milan through to the Europa League quarter-finals with a 2-0 win against Getafe.

In the one-off last-16 tie in Germany, the Spanish side missed a penalty after Inter opened the scoring through Lukaku, with substitute Eriksen’s 83rd-minute effort securing victory.

The Serie A side will face Bayer Leverkusen or Steven Gerrard’s Rangers in the last eight at the Merkur Spiel-Arena on Monday.

Two goals from Jonas Wind saw Copenhagen overcome their first-leg deficit with a 3-0 win over Istanbul Basaksehir to go through to the quarter-finals.

The Danish side, whose other goal came from Rasmus Falk, overturned a 1-0 defeat from the game in Istanbul and will play Manchester United, who eased past LASK, in the last eight match in Cologne on August 10.

Shakhtar Donetsk went through 5-1 on aggregate against Wolfsburg following a 3-0 win in the second leg, as both sides finished the game with 10 men.

The home side left it late to take the lead, with Junior Moraes opening the scoring in the 89th minute before adding a second in the third minute of added time. Manor Solomon also hit the target in between Moraes’ two goals.

What’s next in the Europa League?