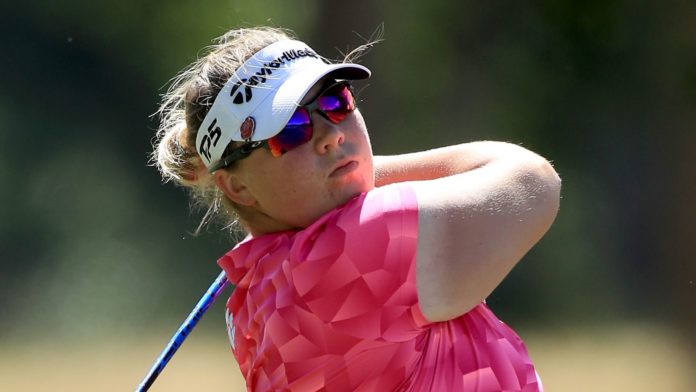 Alice Hewson was in a class of her own on day one of the Rose Ladies Series finale as she opened up a commanding four-shot lead at North Hants.

Hewson was not just the only player to shoot red numbers at the venue where Justin Rose played much of his junior golf, she fired a four-under 67 and kept a bogey off her card on a tough day for scoring in the first of three events that comprise the Computacenter Grand Final.

The 22-year-old’s long-game was particularly impressive, missing only one green in regulation while making birdies at both par-fives on the front nine and adding two more at the 14th and final holes as she ended the round four clear of Whitney Hillier and Sian Evans.

“I just played very solidly and struck the ball really well,” said Hewson, who celebrated her maiden appearance as a Ladies European Tour professional with victory in South Africa in March, shortly before the coronavirus pandemic forced the sport into shutdown.

“I know I’m quite a few shots clear, but all I’m going to do is try to stick to my gameplan and play for the fairways and greens over the next two days.”

Tournament co-founder Liz Young continued her consistent run with a 72 that was matched by Sky Sports pundit Inci Mehmet, although Young was left to rue a poor finish as she closed with a triple-bogey seven at the finishing hole.

Georgia Hall went into the Grand Final as the American Golf Order of Merit leader following her back-to-back victories in weeks six and seven, but she bogeyed two of the first three holes and also dropped shots at 17 and 18 to slip to two over alongside closest rival Charley Hull.

The 47 finalists will head to The Berkshire for the second round on Thursday, with the top 35 and ties progressing to the final at Wentworth for the first women’s professional event to be held at the iconic West Course.