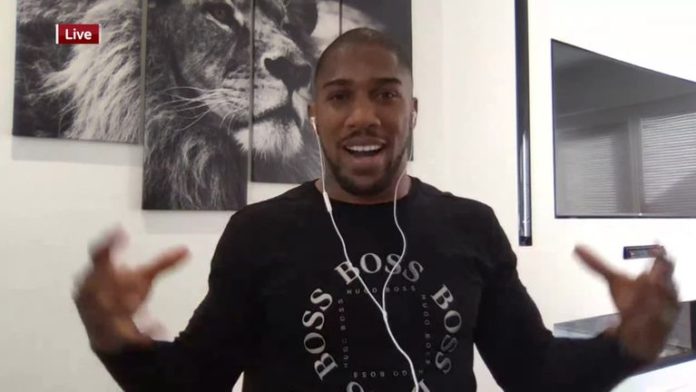 Terri Harper vs Natasha Jonas is on Friday night, live on Sky Sports

Sparring was a key area identified for improvement after Joshua lost his world heavyweight titles to Andy Ruiz Jr and, after regaining the belts, there is a focus on maintaining a high level of preparation.

“Looking around? The likes of Dominic Breazeale, as an example. A stand-up heavyweight.”

Joshua has previously shared the ring with Breazeale, stopping the American in the seventh round at The O2 in 2016.

Hearn continued: “Pulev is very experienced, very good technically, punches a bit. You need to find a tall heavyweight that replicates that style.

“Against Ruiz Jr the second time, they got their sparring spot on. That is so important moving forwards.

“He won’t make that mistake again, of overlooking that element.

“His sparring for Pulev will be spot on.”

Joshua is preparing to defend his IBF, WBA and WBO titles against IBF mandatory challenger Pulev, who has beaten Derek Chisora and Hughie Fury since his sole career loss against Wladimir Klitschko.

“We are looking at the first two Saturdays of December,” Hearn said about rearranging Joshua vs Pulev. “But he may be ready to go now!

“That’s what gives me so much pleasure and hope. He is constantly evolving.

“Camp starts in a couple of weeks. Maybe move up to Sheffield in September.”

Joshua could face Tyson Fury in an undisputed world title fight in 2021, having agreed terms in principle on a two fight deal.

👀 @EddieHearn responds to @frankwarren_tv’s call for a Matchroom vs Queensbury card 👀@AnthonyfJoshua vs @Tyson_Fury could ‘open door’ for fights between Matchroom and Frank Warren’s biggest stars, says @EddieHearn.

Hearn told Sky Sports about rival promoter Warren’s public idea of pitting their best boxers against each other: “It’s a bit weird. In a situation like that, normally you just phone someone or send them an email, saying ‘This is my idea, what do you think?’

“Going out with a press release was an interesting tactic. A lot of the fights I really like, on those cards.

“Some are unrealistic – Daniel Dubois against Dillian Whyte? We know Whyte is fighting Alexander Povetkin and he’s mandatory to Tyson Fury.

“We know Oleksandr Usyk is fighting Derek Chisora. We know Joe Joyce and Dubois are fighting, but some of them are great match-ups. I love Joshua Buatsi against Anthony Yarde.

“I also acknowledge fans want to see great fights, so if there’s business to be done, I’m all for it.”