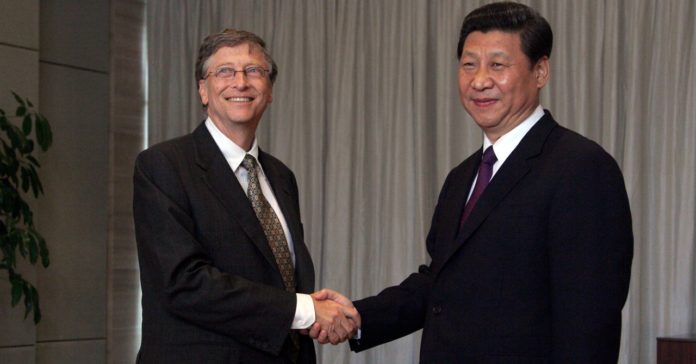 In 1998, China was hardly a technological rival to the US. With only 7 million internet users, fewer than 26 million personal computers, and an ecommerce industry that generated a paltry $42 million the following year, it was considered a laggard compared with many other countries.

But Microsoft, then the world’s richest and most powerful tech company, recognized the potential.

That year, then-CEO Bill Gates created Microsoft Research China, an engineering outpost in Beijing to tap into a pool of talent and establish ties to the country’s tech scene. In the following years, Microsoft launched internet operations in China when other US tech companies were stymied.

Now, Microsoft’s history of bridging the divide between East and West may prove key in its potential acquisition of TikTok as the US and Chinese governments square off over the future of the wildly popular social video app.

Microsoft confirmed its interest in buying TikTok in a statement on Sunday. President Trump said this week that such a deal could go ahead, after previously suggesting the app might be banned outright. His administration claims that TikTok could funnel data back to the Chinese government or possibly influence US public opinion on command.

The deal talks place Microsoft at the center of a widening fissure between the two increasingly hostile superpowers, potentially threatening the access to China that Microsoft has spent decades cultivating. Peter Navarro, a White House trade adviser who is a harsh critic of China, has suggested that the company may need to divest its China operations in order for the deal to work. Microsoft declined to comment.

The idea of a forced TikTok sale has met with severe criticism within China, but Microsoft may be unique in its ability to navigate the situation. “I don’t think that the Chinese government will be upset with Microsoft if the TikTok deal goes ahead,” says Anupam Chander, a professor at Georgetown University who studies China.

The fruits of Microsoft’s presence in China are visible across the country’s tech industry, with alumni in prominent positions at many major tech companies. At TikTok’s parent company ByteDance, CEO Zhang Yiming worked as an engineer for Microsoft between 2008 and 2009. Hongjiang Zhang, head of the ByteDance Technical Strategy Research Center, was a founding member of Microsoft Research Asia.

Elsewhere, the CTO of Alibaba, Wang Jian, was an early member of Microsoft Research Asia. The director of Tencent’s AI lab, Dong Yu, worked at the lab for more than a decade before leaving in 2017. Xu Li, cofounder and CEO of SenseTime, a prominent Chinese AI startup, also came through Microsoft Research Asia, as did Yin Qi, founder and CEO of Megvii, another AI company. Searches on LinkedIn show many other ex-Microsoft people in prominent positions at those companies and others.

Unlike most US internet companies, Microsoft has found ways to operate in China. In 2009, a year before Google left the country in protest over censorship and alleged government hacking, Microsoft launched a Chinese version of its search engine Bing, in compliance with Chinese censorship rules. Microsoft also acquired LinkedIn, the business-focused social network, in 2016, two years after the company introduced its platform—also censored—in China. Bing and LinkedIn are relatively small players in China, but they are rare examples of successful adaptation.

The founding head of Microsoft’s Beijing lab was Kai-Fu Lee, an expert on natural language understanding who had held vice president roles at Apple and Silicon Graphics. Lee, who now runs Sinovation Ventures, an investment firm focused on artificial intelligence, is a prominent voice on China’s tech scene and the author of AI Superpowers, a recent book about the country’s rising prowess in AI.