Home Lifestyle Celebrities at the Airport in the Early 2000s: The Photos 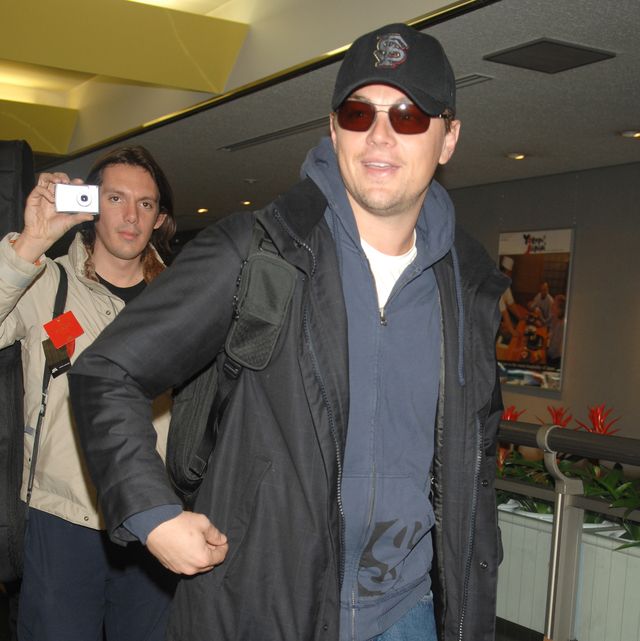 The Sunglasses. When you look back at the first decade of the 2000s—the aughts—one thing you’ll notice are the sunglasses celebrities wore as they sought to avoid paparazzi at the airport. And while you might cringe at some of the fashion choices of this particular decade, soon enough you’ll be seeing them again, probably sooner than you think, because all fashion trends are cyclical. To prepare, here are 40 pictures of celebs at the airport, between 2000 and 2007.

Leonardo DiCaprio at the Narita International Airport in Japan in January 2007.

Long before Goop or Chris Martin or this New York Times profile, Gwyneth Paltrow was a famous actress who, in June 2000, was heading to New York City from LAX.

Beyonce at the Narita International Airport in April 2007.

Will Smith at Narita International Airport in January 2007.

Paris Hilton and Nicky Hilton arrive in Tokyo to attend a Christmas event in December 2005.

Daniel Radcliffe arrives at Narita airport on December 15, 2002, to promote the second installment in the Harry Potter series, Chamber of Secrets.

Tom Cruise gives a big ol’ enthusiastic wave as he arrives in Tokyo in August 2003 to promote The Last Samurai.

Penelope Cruz arrives at Nice airport in the south of France for the 57th Annual Cannes Film Festival in May 2004.

Brad Pitt carries one of his children with Angelina Jolie as they head to the Venice airport in September 2007.

The late Anna-Nicole Smith, who died in 2007, arrives at Sydney Airport in Australia in February 2005.

Wow. Nicolas Cage and his wife, Alice Kim, leave a midtown hotel for the airport on November 19, 2004 in New York City.

Johnny Depp arrives in Tokyo in 2006 to promote Pirates of the Caribbean: Dead Man’s Chest.

Shakira signs autographs while she arrives at Miami International Airport in June 2005.

Madonna arrives in Japan to promote her album Confessions on a Dance Floor in December 2005.

Pink, traveling in style with a bottle of wine and a smoke, arrives at the Orly airport in September 2006 in Orly, France.

Orlando Bloom arrives at Charles-de-Gaulle airport in Paris in October 2006.

Mariah Carey, being fabulous, at Narita International Airport in Japan in October 2006.

Cameron Diaz at Incheon International Airport in Korea in May 2007.

A sweatsuit-clad Kim Kardashian and Paris Hilton arrive in Sydney, Australia in December 2006.

Tori Spelling dresses the part for her South Beach vacation as she arrives at the airport in Miami in June 2005.

Jessica Simpson strides through John F. Kennedy’s parking lot to find her ride after arriving at the airport in November 2007.