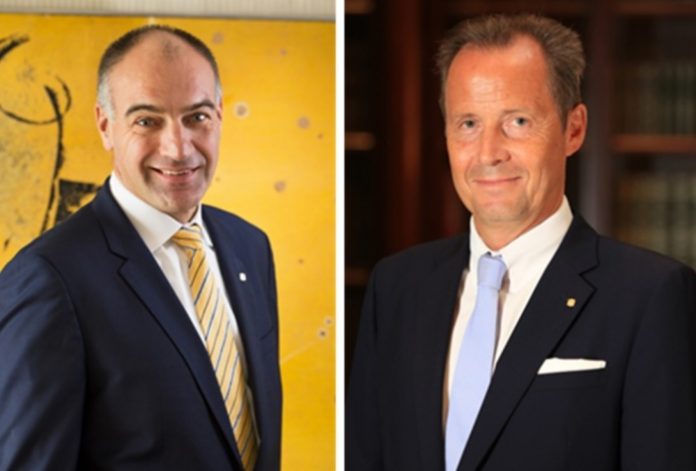 Both are effective immediately.

Juergen Doerr has been appointed as the general manager of Island Shangri-La, Hong Kong, while continuing his role as vice-president, operations for Hong Kong and Taiwan.

Doerr has been with the group for over 21 years, previously holding the title of general manager at Kowloon Shangri-La.

In his new capacity, Doerr will oversee the daily operation of Island Shangri-La, including an extensive asset enhancement of the club floors, coinciding with the 30th anniversary of the hotel, due to launch at the end of 2020.

A German native, Doerr is a well-versed hotelier with almost three decades’ work experience in the hotel industry.

He joined the Shangri-La Group in 1999, assuming the position of director of food and beverage at Shangri-La’s Tanjung Aru Resort & Spa, Kota Kinabalu in Indonesia.

In the following ten years, he moved across other Shangri-La properties in major south-east Asian destinations, including Singapore, Taipei, Mactan and Jakarta.

This is his sixth general-manager post within the Shangri-La Group.

Ulf Bremer will be moving from Island Shangri-La to Kowloon Shangri-La as general manager to lead the hotel.

Having been with the Shangri-La Group for 20 years, he is looking forward to being of service to the hotel guests at Kowloon Shangri-La where he was the general manager from 2014 to 2017.

Bremer, also a German native, has worked at a number of flagship Shangri-La properties over the course of his 20-year career with the group.