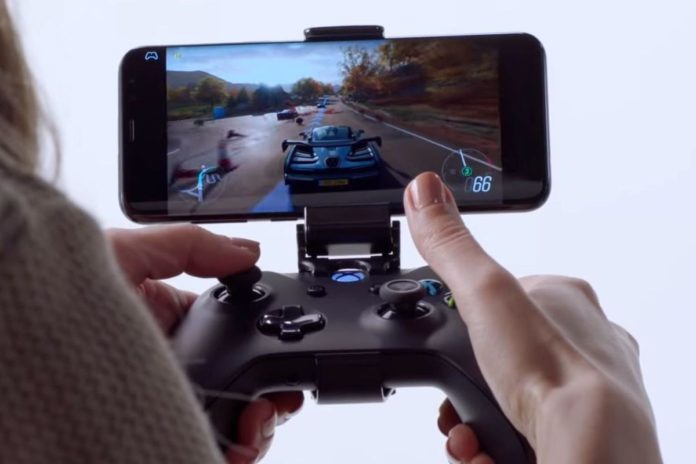 On September 15, Microsoft will make its “Project xCloud” service to stream Xbox games available to the public. Provided that public owns an Android device.

Anyone with a Game Pass Ultimate subscription will get to stream over 100 games from the cloud, using their Xbox login credentials and cloud saves. But there won’t be an app for your iPhone or iPad, because Apple doesn’t want people playing games unless they get a cut.

The App Store was created to be a safe and trusted place for customers to discover and download apps, and a great business opportunity for all developers. Before they go on our store, all apps are reviewed against the same set of guidelines that are intended to protect customers and provide a fair and level playing field to developers.

Our customers enjoy great apps and games from millions of developers, and gaming services can absolutely launch on the App Store as long as they follow the same set of guidelines applicable to all developers, including submitting games individually for review, and appearing in charts and search. In addition to the App Store, developers can choose to reach all iPhone and iPad users over the web through Safari and other browsers on the App Store.

This, to put it simply, is a steaming pile of bullshit.

Apple allows video streaming services like Netflix and Disney+, but doesn’t require their content to be individually listed in the app store or have its content approved. The same goes for books (Kindle).

In fact, Apple allows both Steam Link and PS4 Remote Play apps on the App Store. Those apps go through the same approval process as other apps do (security and privacy and content and so on) but they allow users to access vast libraries of games that are not reviewed by Apple. Those apps differ from Xbox cloud gaming because they’re meant to work only over your local network (clever users can link up over the public internet without much trouble, but it’s not the intended use).

It’s a distinction without a difference, though. How is the fact that my PS4 games are not “reviewed against the same set of guidelines that are intended to protect customers and provide a fair and level playing field to developers” any any less meaningful when I access them over my home network instead of the internet?

Protectionism at its finest

Many of Apple’s policies regarding its App Store make a lot of sense from the perspective of ensuring a certain baseline level of privacy, security, and quality control (they might be bad but they won’t break your phone). It makes sense for Microsoft’s Xbox game streaming app itself to be held to those same standards.

But the the streaming cloud games themselves can’t possibly break your phone or compromise your privacy and security; at least, not any more than a Netflix movie or Kindle book or PS4 Remote Play game. It’s an argument wholly without merit both technically and as a business practice, and one contradicted by other apps already allowed in the app store.

The real reason seems obvious: Apple doesn’t want you buying games somewhere else and playing them on your Apple device. If you’re playing a game on your Apple device, Apple wants its cut. But it can’t come right out and admit that because that’s an open admission of anticompetitive behavior.

No matter what the App Store rules currently are, it’s crystal clear what the rules should be. The necessary consumer-friendly and developer-friendly policy change is obvious on its face. If Apple wants games in the App Store or on Apple Arcade to compete with Xbox, Playstation, Stadia, or GeForce Now, it should do so by…you know…competing. Earn success by being better or cheaper or easier or safer or faster or more convenient or whatever, not by simply being the only choice. Not when game streaming apps pose a risk to your customers’ privacy or security that is so much less than, say, Google Maps or Amazon.

Does it really matter?

This is an issue that Apple can probably afford to be completely in the wrong about. Its excuse about protecting customers is laughable in the face of other streaming apps it allows, but the number of people who are going to be really upset about this is rather small.

Even if Xbox game streaming gets pretty big after its September 15 launch, it’s unlikely that its absence will have a meaningful impact in iPhone or iPad sales. Even if a million gamers got so upset about not streaming Xbox games that they switched to Android over the coming year, that’s a relatively small hit for Apple to take (less than 1 percent) to protect its 30 percent App Store revenue cut and Apple Arcade service.

This is not a new problem, and it’s unlikely that Apple is going to see the light and realize it’s been the bad guy all along. Like any good movie villain, Apple is convinced of its own righteousness. Government intervention seems just as unlikely—it seems capable of little more than mild performance art regarding anticompetitive behavior from big companies.

Apple is fond of saying it wants developers to find success on the App Store. I wonder if Microsoft feels like Apple is enabling their success, or preventing it?