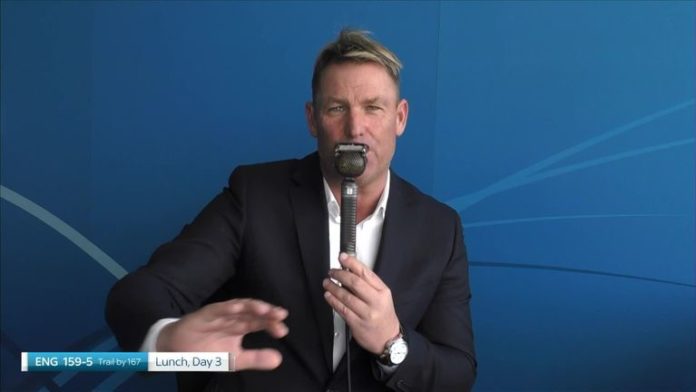 Michael Atherton, Nasser Hussain, Shane Warne and Ian Ward take to @SkyCricket Twitter to identify some of the young cricketing talent in the country

Who are the next potential superstars of the game?

You’ve got to start somewhere, and Michael Atherton, Nasser Hussain, Shane Warne and Ian Ward again took to Twitter on day three of the first Test between England and Pakistan to identify some of the promising young cricketers up and down the country in the latest Kids Coaching Clinic.

Click on the video to watch some of the clips sent in by future star cricketers, including a future England wicketkeeping great Jackson Bentley and a young legspinner named Charlie, who got some top tips from Warney.

It wasn’t the first time this summer that Athers has tried to use social media to unearth some young talent, as he and Rob Key did the same during the England’s second Test against West Indies – which you can watch below.

Atherton was keen to stress the coaching shouldn’t bee too technical at such a young age, saying: “I’ve got a boy who is 18 now so he is way out of my range in terms of coaching but from three onwards, the only thing I did with him was volume.

“I didn’t give any technical advice, I didn’t say ‘pick it up like this’ or ‘use your front elbow’, ‘use your front foot’ – I just threw balls for people to hit and if you get volume into young boys or girls, I think that is the biggest thing at a young age.

“Just the practice and the feeling, the instinct of hitting a ball time and time and time again. Don’t worry about technique, that will come eventually. Just get that volume into young cricketers early on. Don’t over-complicate matters.”

Watch the second Kids Coaching Clinic of the summer in the video above, as it was David Lloyd’s turn to join Athers; they unearthed a batter with a Sir Vivian Richards style swagger, a straight drive that Jos Buttler would be proud of and supplied some wise words from the late, great Richie Benaud for aspiring wrist spinners.

Keep sending in your video clips of budding young cricketers through to @SkyCricket for the chance of featuring in future Coaching Clinics through the summer.