Home Culture How ‘The Matrix’ is a trans story, according to Netflix and co-director 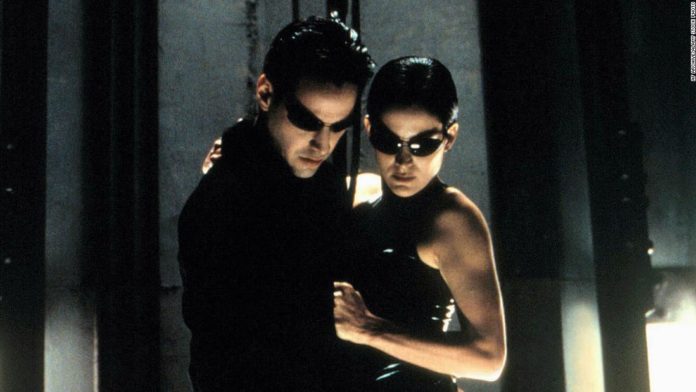 Lilly Wachowski, who co-wrote and co-directed the film with her sister Lana Wachowski, told the streaming service about the intention behind the sci-fi movie in an interview posted on YouTube Tuesday.
Both sisters came out as trans several years after the release of the blockbuster movie.
Speaking 21 years after the first “Matrix” hit our screens, Wachowski said that the story was “all about the desire for transformation,” adding that it came from “a closeted point of view” because the corporate world was not ready to hear the message at the time.
Following her comments, Netflix wrote about the allegory in a series of messages posted on Twitter on Thursday, making use of insights offered by writers and critics.
The thread cites the movie’s main character Neo as a good example of the trans narrative.
“Upon ‘waking up,’ Neo begins his transition from one identity — Thomas A. Anderson, a name given to him by the machines — to the one he sculpts for himself — Neo, his chosen name,” one post reads.
Netflix also lists the use of pills as part of the wider allegory.
In one of the movie’s most famous scenes, Neo is offered a red pill or a blue pill by the rebel leader Morpheus.
He decides to choose the red one, which will allow him to see the truth, rather than the blue one, which will keep him in ignorance.
The pill is his “gateway to seeing the world as it is and the systems built to define and control his identity” and is also “an apt metaphor for hormone therapy,” one message in the thread says.
Wachowski said that she was glad people are speaking about the trans narrative in the “Matrix” movies.
“I love how meaningful those films are to trans people and the way that they come up to me and say: ‘These movies saved my life,'” she told Netflix.
The upcoming “Matrix 4” will see the return of original cast members Keanu Reeves and Carrie-Anne Moss. It is to be directed by Lana Wachowski.