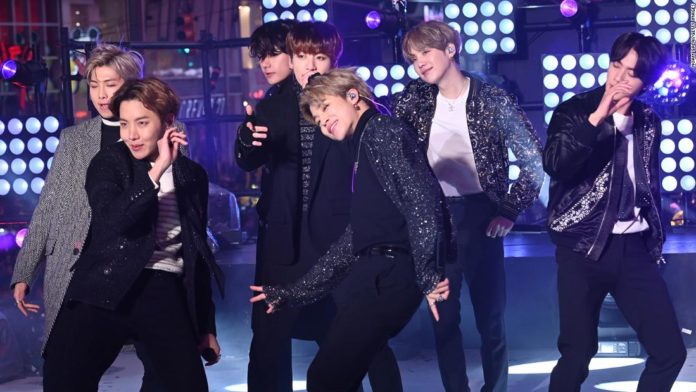 The astronomically popular K-pop group announced Thursday that “Break the Silence: The Movie” will roll out to theaters in more than 70 countries beginning September 10. More countries, including the United States, will debut the film in theaters starting September 24, according to the site.
However, “showtimes vary per region and are subject to change, depending on your local cinema reopening conditions,” the site notes. Theaters across the world have been shut down because of the coronavirus pandemic.
With unprecedented access, “Break the Silence: The Movie” travels with BTS throughout the tour, exploring “each band member behind the curtain,” according to the movie’s site. “Off stage, we see another side of BTS. The seven members begin to candidly tell personal stories they have never voiced before.”
BTS is one of the most successful K-pop groups in history. They released their fourth album, “Map of the Soul: 7,” in February.