Home Lifestyle My Husband Thought I Was a Virgin When We Got Married. I’m... 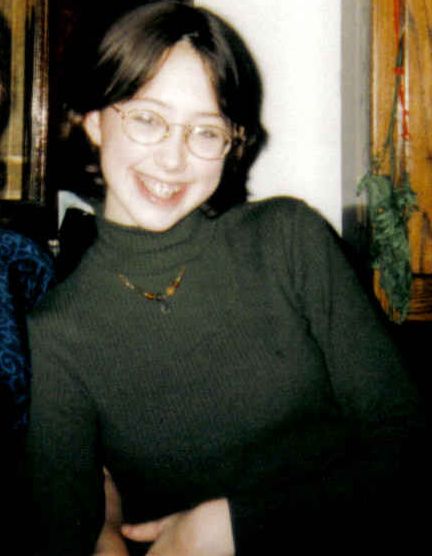 On my sixteenth birthday, my father gave me a ring. It was Black Hills Gold. A yellow band with a heart made of flimsy pink and green gold leaves. This was my purity ring, the ring given to me to represent a pledge to safeguard my virginity. It was my commitment to abstinence and to God to keep myself pure until marriage. I hated it.

Plus, it only sort of worked.

As an ’80s baby, my teen years were heavily influenced by the Christian counterculture of the ’90s. Movements like True Love Waits advocated strict rules on sexual purity as a response to what people like my parents saw as an increasingly promiscuous society. They propelled Joshua Harris—a homeschooled kid, and author of the 1997 book I Kissed Dating Goodbye onto bestseller lists when he was just 21 years old.

The author on her sixteenth birthday.

The book, which encouraged couples to save even kissing for their wedding day, sold over 1.2 million copies and remains a fundamental text for Christians who want to encourage their children to keep it in their pants until marriage. In 2018, after years of criticism, Harris released a documentary about the book with a pseudo-apology, noting that he never intended to hurt anyone, and ceased publication of the book. Then he got divorced and asked for privacy. I reached out to him multiple times for multiple stories I wanted to write and got no response until finally, he told me he wanted me to respect his privacy. He built his career on telling others what to do, but, okay, now we had to leave him alone. His book, those lessons, have never left me alone. Even when I have begged them to. Even when I, too, have gotten divorced.

But at sixteen, I didn’t know all of this was coming. I knew I didn’t like any of it. But I so desperately wanted to be perfect and holy and right. So I said “thank you” to my parents and wore the ring. Part of me was excited. It was jewelry. I hadn’t received much more than earrings from Walmart at that point in my life, and I craved something that would give me the gravitas and glamour of adulthood. Anyway, what could I have said: “No, I don’t want your ring—I kind of want to fuck around a little before marriage”?

“I so desperately wanted to be perfect and holy and right.”

There are, certainly, 16-year-olds with the guts to say something like that to their parents, but I wasn’t one of them. I was a Type A people pleaser who just wanted to do the right thing, so much so that she’d wear a silly ring, cross her legs, and hope Jesus would save her purity.

Again, it only sort of worked.

In college, my purity ring got stuck on a shower loofah. When I extricated it, the leaves were bent. I put it away after that, joking with my friends about the implications of having broken this symbol of my virginity in the shower.

As an undergraduate, I was chosen by my professors to present a paper on the hero’s journey and my obsession with Joseph Campbell at a research conference. I had beaten out two seniors for the spot. My school’s English department was footing the bill. It was the first time my writing had stood out. The first time it meant something. The night before the presentations, I was invited back to a dorm room by some of the other students. At first there were many and then just me and two men.

We were drunk and got drunker. I am not sure exactly what happened. I know I made out with one. There are other flashes of memories too. My clothes are off and I want them on. My body hurts and I am afraid. I go back to my room and lock myself in. I remember the thick metal click of the lock. In the morning, someone tried to open the door. They shook the handle and pounded on the frame with a fist. They didn’t mean anything by it, they yelled. It was just a thing. No one said my name. I don’t think they ever knew it.

I lay in bed. Until they were gone. Then I looked up the nearest Planned Parenthood. I called a cab and overdrew my bank card paying for the ride. They gave me the morning after pill and I went back to the university, where I washed my face with Clean and Clear Morning Burst face wash. For years after, the bright, orangey smell would make me sick. That afternoon, I gave my presentation to a full room. I talked about heroes and choices and destiny. People clapped and told me I would be an academic.

The author as a freshman in college.

Afterwards, I bled. I hadn’t been expecting my period. I went into the bathroom and put my finger in the thick, oily blood, thankful for the darkness. The wetness. That was when I decided the moment hadn’t happened. To survive, I would forget it. If I thought about it, everything would break. It would be the end of the life I had wanted for myself. The one where I was married to someone God-fearing, a Republican, a Midwesterner. The one where I cooked every night and bought throw pillows and spent hours thinking about paint colors for my walls. The one where I was the perfect mother. So, I decided it didn’t happen. If I had had sex with them, then I was no longer a virgin. If I was no longer a virgin, then the man I was dating would not want to marry me. And I couldn’t handle that.

That man and I did end up getting married. And on my honeymoon, I presented the purity ring to him. Laughing, I told him the story of my sixteenth birthday. He put it away and I never saw it again.

We hadn’t had sex while we were dating. Abstinence was a mandate he took seriously and one I took seriously only because he did. Plus, I was hiding a secret. I was hiding the fact that I had gotten drunk in a dorm room with some boys. I believed I had been assaulted. I couldn’t tell my boyfriend. To admit to that event would have compromised my virginity, compromised my desirability.

Once, in the early years of marriage, I was tempted to say something, to clear the air and unburden myself of a lapse I was beginning to think might not be entirely my fault. In bed one night, I asked my husband a hypothetical question: What if someone had been assaulted? What then? 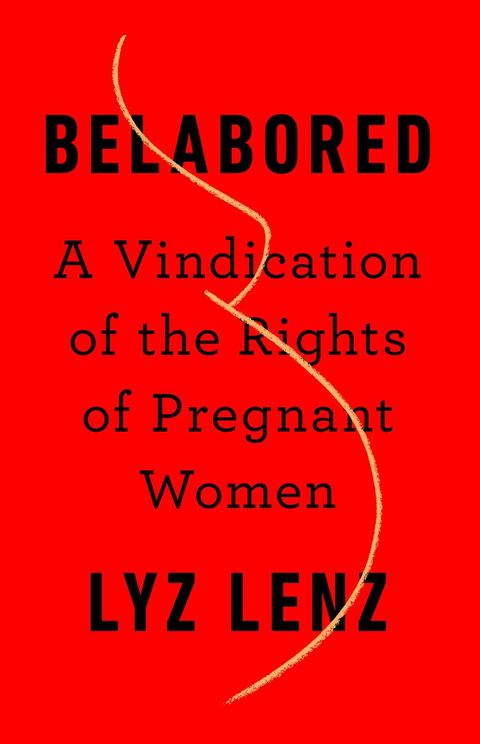 Belabored: A Vindication of the Rights of Pregnant Women

I said nothing. After all, maybe nothing had happened. I hadn’t bled that night at the conference. At the time, I believed what I’d been taught about the hymen, that it was a membrane sealing the vagina and that any dick entering or exiting would leave physical evidence of penetration.

When my husband was my fiancé, I had shown him articles that explained what the hymen really was and that described how it could be disrupted by any number of activities, that it was more of a myth about virginity than an actuality. But I only half-believed these articles myself. I was nervous. I didn’t want him to hate me, to devalue me for what I might have lost—what might have been taken from me. It didn’t occur to me until much later that by tying my value to my virginity, I had already allowed him to devalue me.

I was married for twelve years, but I never once told my husband about that night in college. I barely told myself.

From the book Belabored by Lyz Lenz. Copyright © 2020 by Lyz Lenz. Reprinted by permission of PublicAffairs, New York, NY. All rights reserved.

Lyz Lenz Lyz Lenz is the author of Godland and Belabored.