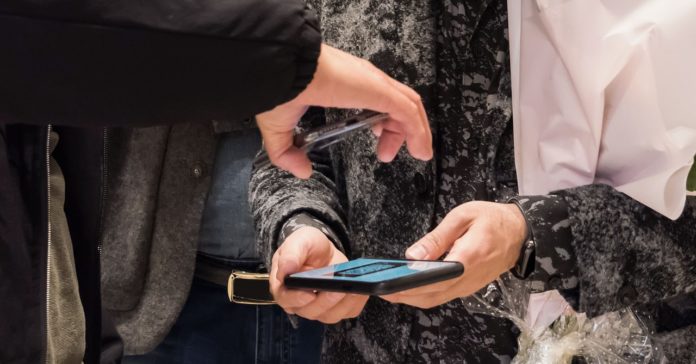 In another move destined to inflame tensions with the Chinese government, the Trump administration took aim Thursday at TikTok and WeChat. Citing national security concerns, the president signed a pair of executive orders that bar Americans or anyone subject to US jurisdiction from doing business with the social media apps. The orders take effect in 45 days, seemingly giving TikTok leeway to be acquired by Microsoft, which has said it is in talks to buy parts of the video platform from its parent company ByteDance.

While vaguely worded, the orders could have far-reaching consequences, including for the future of America’s relatively free and open internet. WeChat, owned by China’s Tencent, is used by millions of people in the US to maintain personal and business relationships with people in China. Many American technology firms also have customers in the country, and could be hurt by any response from Beijing. “The US business community is really concerned. I mean, who would buy an Apple phone in China if you can’t use WeChat on it?” says Paul Triolo, an expert in global technology policy at Eurasia Group, a think tank.

In a statement, TikTok said it was “shocked” by the orders. The company has repeatedly insisted that it’s not beholden to the Chinese government, and argues the Trump administration has failed to provide evidence that the app poses a risk to US citizens. “For nearly a year, we have sought to engage with the US government in good faith to provide a constructive solution to the concerns that have been expressed,” TikTok said. “What we encountered instead was that the administration paid no attention to facts, dictated terms of an agreement without going through standard legal processes, and tried to insert itself into negotiations between private businesses.” TikTok, which has tens of millions of users in the US, began attracting the attention of lawmakers last fall, who expressed worries about its ties to Beijing.

A spokesperson for Tencent said the company was “reviewing the order to get more understanding.” WeChat has over 1 billion users, most of them in China, who rely on the app for everything from messaging to paying for coffee and booking doctor’s appointments. In the US, it’s an important way for immigrants and students to reach relatives and friends back home. “If this happens, and it really becomes impossible to use WeChat here, that will be a major factor for Chinese people considering studying here, visiting here, doing anything here,” says Jeremy Goldkorn, editor-in-chief of SupChina and cofounder of the China affairs podcast Sinica.

At the same time, WeChat is strictly censored and surveilled, including abroad, and has become an avenue for the Chinese Communist party to oppress minority groups like Uighur Muslims. Yaqiu Wang, a researcher at Human Rights Watch, says she and other critics of the Chinese government were already moving off of WeChat to private networks and encrypted apps such as Signal before Trump’s order. “There are ways to communicate freely and securely with people in China, for now,” she says. “They are cumbersome, but then you are not subjected to the Chinese government’s censorship and surveillance.”

Tencent also owns Riot Games, maker of the popular League of Legends, and owns a large stake in Epic Games, maker of Fortnite. But a White House official told the Los Angeles Times that the order does not affect the games.

China has long blocked overseas competitors to WeChat like Facebook and Twitter. “The Chinese government is the one that is actively in the banning business, and they’ve got a big head start on the Trump administration,” Donald Clarke, a Chinese law specialist at George Washington University wrote in a blog post.

But civil liberties groups caution that stooping to China’s level won’t accomplish much. “Selectively banning entire platforms harms freedom of speech online and does nothing to resolve the broader problem of unjustified government surveillance, including by our own government,” Hina Shamsi, the director of the ACLU’s National Security project said in a statement.

Trump’s executive orders could have significant implications for US tech firms that do business in China, particularly if the Chinese government retaliates. Facebook, for example, earns billions of dollars from advertisers in the country who want to reach consumers overseas. It’s not clear how Trump’s order may affect Apple, which counts China as a major market for the iPhone. The directive appears to imply it could no longer offer WeChat in its app store globally, but it’s so vaguely worded that it’s difficult to tell. It’s also possible that Trump’s orders could face legal challenges. Apple did not respond to a request for comment.