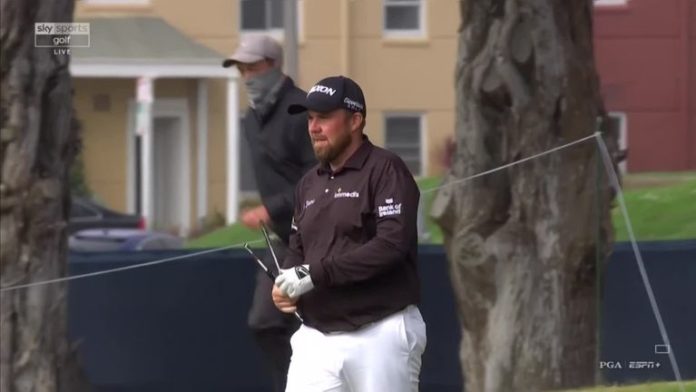 Frustration got the better of Shane Lowry as he finished his second round with only 13 intact clubs in his bag at the PGA Championship.

Lowry had opened with an encouraging two-under 68 at TPC Harding Park, but he found himself flirting with the cut line on a tough second day, with his temper boiling over after gouging out of the rough at the 13th.

The Open champion enjoyed a bright start with birdies at the first and fifth, but his bid for back-to-back major victories was dented by a run of five bogeys in six holes around the turn, the last of which spelled the end for one of his irons.

After pulling his drive too far left, Lowry appeared convinced he had hit a fantastic recovery towards the heart of the green, but his ball may have clipped a tree branch which prevented it from reaching the putting surface.

Lowry looked aghast at his misfortune, and wrapped the shaft of his iron around his knee before making sure the club ended up in two separate pieces.

To his credit, the Irishman regrouped and stopped the rot with a birdie at the 15th, and he parred home to card a 72 and make it safely into the weekend eight shots off the lead on level par.