Home Culture As Restaurants Move to the Cloud, Something Is Missing 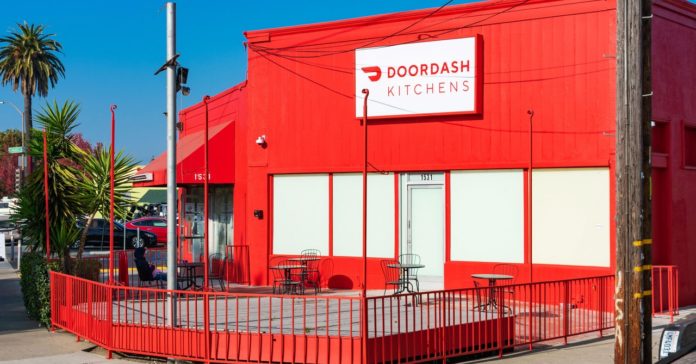 The startup Kitchen United calls itself the future of takeout and delivery, with stripped-down locations in Chicago; Austin; Pasadena, California; and Scottsdale, Arizona. It had hoped to open a shop in Berkeley, California. But CEO Jim Collins says city officials there wanted the company to create a more elaborate “front of house” setup akin to a typical restaurant. Kitchen United balked.

Kitchen United is a virtual kitchen, playing host to 10 or so already-established restaurants in each facility. The businesses save money on rent and labor by operating from something like a WeWork for restaurants. Efficiency is the byword here. Customers generally use apps to order—maybe more than one restaurant at the same time, if one person wants sushi and another wants a falafel sandwich. Each location is designed for app-based takeout and delivery, with space for delivery people to park their cars or bikes and wait for orders.

Some virtual kitchen companies, like Travis Kalanick’s CloudKitchens or Reef Technology, sometimes build their facilities in industrial areas or abandoned parking lots, where rent is cheaper and room is abundant. But Collins and his colleagues don’t like that strategy. Instead, they seek real estate closer to the diners they want to serve. “I don’t I don’t want to be on Main and Main,” Collins says. “But I do want to be within a couple of blocks of Main and Main.”

Kitchen United employs greeters and places kiosks near the entrance, in case a confused diner or delivery person wanders in and wants food. But Berekley, Collins said, hoped for more places for customers to linger. “They were trying to improve the feel of the area we were in and they saw us as a path to get that done,” he says. (The city did not respond to questions.) So for now, that project isn’t moving forward.

During a pandemic, takeout is hot, and so are ghost kitchens. Research completed last year by the consultancy Foodservice IP counted 119 ghost kitchens around the country, run by companies like Kitchen United, Reef, Zuul Kitchens, Katopi, or CloudKitchens. But with traditional restaurants closed or limited to take-out in many places, Tim Powell, the managing principal of Foodservice IP, projects the number of ghost kitchens will double over the next 12 months.

The recommendations app Yelp says that the owners of 15,770 food businesses reported closing permanently between mid-March and mid-June, more than any other business sector tracked by the app. Cloud kitchens hope to fill the gap, and perhaps, expand the pie.

“We’re going to start to see a lot of creative opportunities with a lot of especially second generation restaurants that unfortunately aren’t going to make it through this,” says Corey Manicone, the cofounder and CEO of Zuul Kitchens. But ghost kitchens generally won’t replace restaurants in the same location. Zuul’s first, which opened May 2019 in New York, hosts nine takeout-only restaurants in 9,000 square feet in a quieter part of Soho. He’s heard talk of restaurants abandoning brick-and-mortar sites for ghost kitchens, but he’s not sure his business will box out dine-in restaurants. He calls it a “personal mission” to “take a very archaic and challenging industry and bring it into the new era. I never thought it would be accelerated as much as it has been in a Covid world.”

For restaurateurs, delivery feels different. Here’s what Santiago Rodriguez misses most: conversations with regulars, and knowing what they’d eat before they ordered; repeat customers who bring in new diners and tip them off about favorites, like they’re sharing a secret; telling people about the new art on display; the folks who come for lunch and stay for hours. But in May 2019, after 20 years in business, Rodriguez’s Belgian-style restaurant Frjtz stopped serving food out of its storefront in San Francisco’s Mission neighborhood. The rent had nearly doubled, and other expenses were climbing.