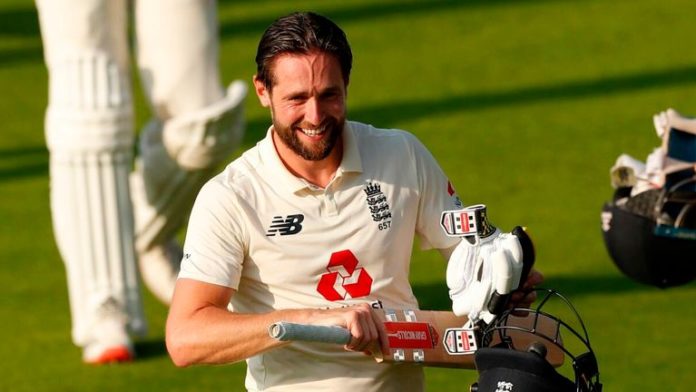 It was incredible Test match cricket. Most wins lift a dressing room and you’re thrilled in there but there are certain wins that the dressing room will absolutely love and that was one for England because of who was involved in that win.

He always does it, he always goes under the radar and he is always the one who is left out because the superstars in that side – the 500-wicket boys, the nearly 600-wicket boy – but he is always there for England. He said on interview last night that he could do with a few more runs and he certainly delivered today!

The other lad, Jos Buttler, he is in that inner-circle, in that think-tank. He’s had three difficult days, he’s dropped a couple of chances and with all the pressures of being on the field for virtually every moment, to go out and at the situation they were win and play like he did – that will be a very popular partnership from Buttler and Woakes.

These things don’t happen very often and that is why the Woakes innings is phenomenal. Jos Buttler in a run chase, he said they went into one-day mode a little bit and then you know that Jos is in his element. He knows what he is doing, and I always felt today that Jos could do that.

But on a fourth day pitch, a little bit uneven, a little bit of spin, two wrist-spinners, a bloke who is struggling for runs – can’t buy a run – dealing in binary digits, to go out and be 80-odd not out and win the game with his batting, that is the bit that surprised everyone.

On top of that, England were not playing the extra batsman, they left out Zak Crawley so everyone is saying is Woakes good enough to bat at seven? That was the innings that turned the game, it was Woakes.

We discussed this morning how England should go about it and it was all about tempo. Jos Buttler used the word ‘busy’, we’ve often used that word in the last couple of days. I think they got that tempo spot on. I think it helped Jos that he almost had to go into one-day mode.

We’ve seen some of the one-day innings he’s played – there was one against Australia here at Emirates Old Trafford – and once he goes into one-day mode he is unstoppable. That game is not over until you get Buttler out and by the time they did, it was done and dusted.

The problem is Jos is that when he was keeping OK, we focused in on his batting. In his last few innings with the bat he has got 60, 30 and 75 so now we’re going to focus in on his keeping. It’s such a nightmare position. It is a double-edged sword as an all-rounder, when one fails you have the chance to make up for it.

If Buttler was just in for his keeping then he may well have been left out for Ben Foakes. But he’s got the other string to his bow, he can go out and bat and smash it. I do believe you have to give certain people a longer run and Buttler is one of them.

If Ben Stokes is fit to bowl then England have got some tough selections decisions to make ahead of the second Test and, I think this is the first time I have said this in my career as a broadcaster, I would have Woakes in the side ahead of James Anderson.

Before this game I had Anderson ahead of Woakes but I think the way Woakes has played in this game, he has out-bowled Anderson and he’s obviously out-batted Anderson so he has the edge.

If Woakes is fit, he plays. Stuart Broad plays and Dom Bess plays. I’ve always said, have two English type seamers – so I’d probably go Broad and Woakes – and then one tearaway. So that is between Jofra Archer and Mark Wood.

If Stokes is fit to bowl, you don’t need five seamers. I have never believed in five seamers, if fours seamers aren’t doing it then the fifth one isn’t going to do it. They did that in New Zealand, it was ridiculous.