Home Sport Buttler feared he could be playing last Test 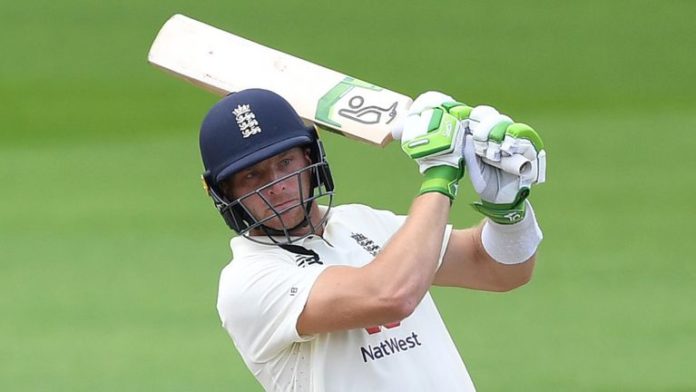 Jos Buttler says he “owed ” England after his wicketkeeping errors and feared he could be playing his last Test before his 75 helped the side to a three-wicket victory over Pakistan in Manchester.

Buttler dropped two catches and missed a stumping in Pakistan’s first innings at Emirates Old Trafford, with two of those blunders coming when Shan Masood, who went on to score 156, was on 45.

But he atoned with the bat, scoring 38 in England’s first innings and then sharing a 139-run stand with Chris Woakes as the hosts rallied from 117-5 to reach their target of 277 on day four.

“Thoughts go through your head that if you don’t score any runs it could be your last Test,” Buttler said after England moved 1-0 up in the three-match series, which continues at The Ageas Bowl from Thursday.

“Those kind of things are in your head but you have to try to shut them out and play the situation. I’m pleased that I am able to do that.

“I feel like I owed the team. I was very aware that the chances I missed at wicketkeeper were the reason we were chasing as many as we were.

“You think ‘perhaps I’ve cost the team the game’. There’s been some lonely nights thinking about it. It’s a feeling of relief more than enjoyment at the minute.

“As the wicketkeeper in this team you have to take chances and you have to keep better than I did in the first innings – I know that, I don’t need other people to tell me.

“I expect a lot of myself and to play international cricket there’s a level required. I have to be better – that’s a stone-cold fact.

“There’s no point trying to hide that. If I take those chances we might have won two hours earlier.”

Buttler was averaging just 24.46 with the bat in Test cricket between the start of 2019 and the beginning of the Pakistan series.

Speaking on The Cricket Debate, former England wicketkeeper-batsman Matt Prior said he hopes the 29-year-old’s knock in Manchester can help him flourish in the long form.

“It was always going to be a day for Jos. It was almost like a one-day run chase. That was almost how he positioned it and in his psyche that’s where he feels comfortable,” Prior said.

“A white-ball cricket scenario – runs on the board, this is what we are chasing, and a clear process in how we are going to chase these runs down.

“Sometimes you have to create that for yourself as that situation isn’t there. You have to walk out in the first innings, maybe having lost a couple of early wickets, and you have six hours to bat.

“There isn’t that target to chase, you have to set your own rhythm and tempo. That is Jos’ next step in Test cricket. He has to find a way to bat like we all know he can and like he did in the run chase.

“You talk about technique and physicality but the mental side of the game is crucial and Jos has that nailed on in so many ways. Finding that Test match rhythm is the last bit.”

Watch the second #raisethebat Test between England and Pakistan live on Sky Sports Cricket from 10.30am on Thursday.