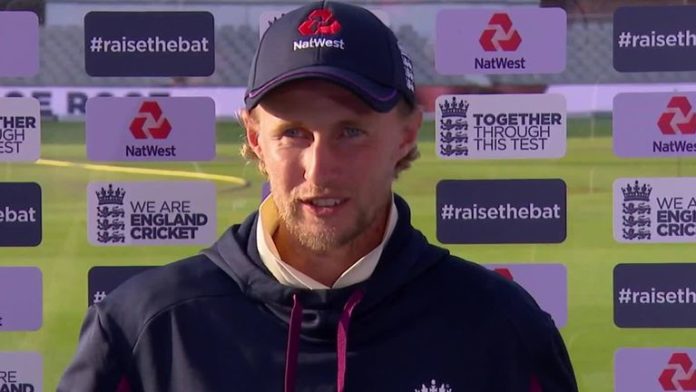 “One thing you cannot doubt of our dressing room is the character. We always keep believing, we never give up. I am really proud that has shone through”

Joe Root says England’s remarkable victories in the summer of 2019 gave them confidence they could chase down 277 and beat Pakistan.

Ben Stokes was the star man last year, with one innings propelling England to victory over New Zealand in the World Cup final and another, an unbeaten 135, steering the team to a one-wicket win over Australia in the fourth Ashes Test at Headingley.

Stokes made just nine in Manchester on Saturday as the hosts slipped to 117-5 against Pakistan, only for Chris Woakes (84no) and Jos Buttler (75) to rally with a stand of 139 for the sixth wicket as England pulled off a superb win against a potent bowling attack in the first Test.

England captain Root said: “We knew it was going to take something special [from 117-5] but after last summer it’s very hard to stop believing, we know that anything is possible.

“One thing you cannot doubt of our dressing room is the character. We always keep believing, we never give up – it is a real strong trait of ours. I am really proud that has shone through.

“The way we approached the day was fantastic, and that [Woakes and Buttler] partnership was magnificent. I thought they were very clever how they constructed it.

“It was a brilliant chase, a fantastic Test match all round, and I couldn’t be more proud of the lads. I am thrilled to bits to have won the game.”

Buttler’s wicketkeeping had come under the spotlight earlier in the game as he dropped two catches and missed a stumping, with two of those errors coming when Shan Masood, who went on score 156 in Pakistan’s first innings, was on 45.

However, the 29-year-old notched 38 in England’s first knock and then hit his 17th Test fifty in their second as his team moved 1-0 up in the three-Test series.

Root said of Buttler: “It shows the mental strength of him, to play that situation as well as he did and to manage different passages of it. You could see the method he was trying to adopt.

“Making sure that new ball wasn’t a factor [by scoring quickly], managing risk at certain times, against the spinner, in particular, manipulating the field. I thought it was a brilliant innings. Chris was fantastic as well.”

England had lost eight of their previous 10 opening Tests of a multi-match series and seemed set to make that nine from 11 when they trailed by 107 on first innings and were then set a victory target close to 300 on a turning pitch.

Asked about England breaking a run of slow starts to series, Root added: “The most important thing is that we back it up now.

“It has been frustrating but we have to keep looking forward and keep learning.

“There are definitely things we can take from this game and improve on but I couldn’t be more proud of the guys and the clarity with which they played.

“On a very tough surface, to be able to score that many runs shows the ability of the group.”

Watch the second #raisethebat Test between England and Pakistan live on Sky Sports Cricket from 10.30am on Thursday.