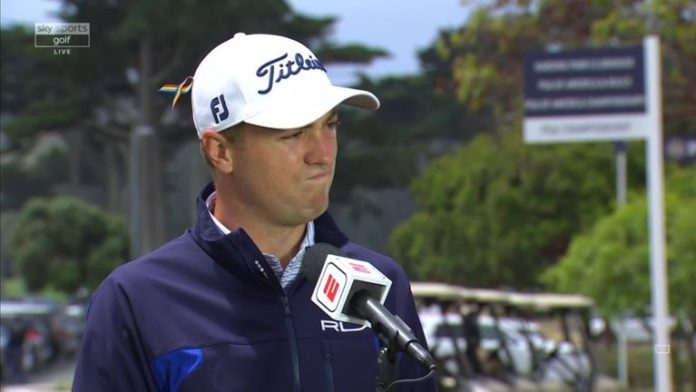 Justin Thomas backed Jordan Spieth to rediscover his winning form after getting a close-up view of his good friend’s struggles at the PGA Championship.

The inseparable pair played together in the third round at TPC Harding Park, and while Thomas threatened to get close to the lead after five birdies over the first six holes, Spieth was heading in the opposite direction and was four over for the opening third of his round.

Thomas’ incredible run came to an abrupt halt when he bogeyed eight and nine, and he also dropped shots at two of the last three holes to slip back to one under for the tournament, but his 68 was still eight shots better than his deflated playing partner.

Spieth also bogeyed three of four holes on the back nine before a consolation birdie at the last spared him the indignity of being out first with a marker on Sunday morning, but Thomas has every faith that the Texan can soon get back in the winner’s circle for the first time since The Open in 2017.

“I know he’s going to be fine,” said the world No 1 of Spieth, whose world ranking has plummeted to 62nd. “I’m not just saying it because he’s one of my best friends. I mean, just I’ve seen him get it around when he’s not playing well. I’ve seen him play well when he is playing well.

“All of us go through little spurts. It’s just for him, this has just been a tough one. I mean, he’s going to be fine. All it takes sometimes is one week and all your confidence gets back.

“I think Brooks kind of spoken on that a little bit, whether it was last week, or maybe before that, but just he found something last week obviously and he’s playing well again this week. So, that’s golf.”

Thomas also revealed that Spieth apologised for his poor play on day three in California, believing he could have had an adverse effect on the form of Thomas.

“Jordan didn’t give up, he didn’t quit at all today,” Thomas added. “He didn’t play well, and whenever he felt like he hit a good drive, he misjudged the wind or just didn’t hit a good shot. And you know, he said walking off 18, ‘I’m sorry, man. I just didn’t really give you any momentum’. That’s a good friend trying to take the blame.

“I remember I said that to him walking off 18 at Augusta in 2018 when he was nine under coming up 18. I four-putted 16, I bogeyed 17, and I just really was trying to stay out of the way because I wanted him to birdie 18 and have a chance to shoot 10 under.

“I felt terrible, I kind of scraped it up the hole and he missed an eight-footer and I told him, ‘I’m sorry, man, I kind of screwed that up for you’. But I guess that’s just us trying to take the blame off the other one.”

As for his own chances of landing a second PGA title, Thomas feels they effectively ended by his faltering finish, and he was particularly frustrated to bogey the driveable, par-four 16th.

“I felt like going into that hole four under for the round, I was trying to get two of those last three,” he added. “Felt like I would have been in great position going into tomorrow, and did the exact opposite. So, that sucked.

“I’m pissed off, that’s really the best way to describe it. I let a really good round go, and really had a great opportunity to put myself in a good position going into tomorrow. I just didn’t capitalise on the back nine.”