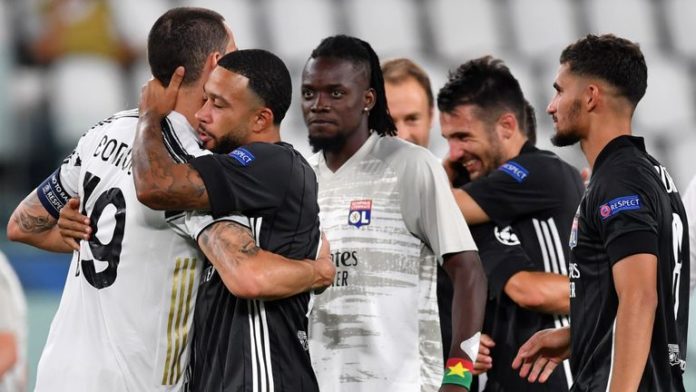 Juventus have appointed Andrea Pirlo as their new head coach on a two-year deal.

The Italian club acted swiftly as Sarri, 61, paid the price for their Champions League exit at the hands of Lyon on Friday night, with Pirlo replacing him on a two-year contract.

The 41-year-old, who made 164 appearances for the club between 2011 and 2015, was only named as Juventus Under-23s manager 10 days ago but gets an immediate promotion.

A Juventus statement read: “The club has decided to entrust him with the technical leadership of the first team, after having already selected him for Juventus Under-23.

“Today’s choice is based on the belief that Pirlo has what it takes to lead, from his debut on the bench, an expert and talented squad to pursue new successes.”

Sarri, who delivered another Serie A title, was sacked on Saturday following the club’s last-16 exit in the Champions League, going out on away goals to Lyon.

A club statement read: “Juventus announce that Maurizio Sarri has been relieved of his post as coach of the first team.

“The club would like to thank the coach for writing a new page in Juventus history by winning a ninth consecutive Scudetto, the culmination of a personal journey that saw him move through every level of Italian football.”

Cristiano Ronaldo scored twice against Lyon but Memphis Depay’s penalty was crucial to lead the French side to a surprise victory. Juve lost four of the 12 matches since the restart before their exit from Europe.

Following his sacking by Chelsea at the end of the 2018-19 season, former banker Sarri succeeded Massimiliano Allegri in Turin and opened his reign with a 14-game unbeaten run in Serie A, a campaign which featured strong challenges from Inter Milan and Lazio.

It was to the latter club that Juve first lost in the league last December, allowing the Roman club and Inter into the title race. When domestic football resumed in June after the coronavirus shutdown, Juve’s poor form saw them struggle to beat Antonio Conte’s Inter to the Scudetto by a single point.

Speaking after Friday’s game against Lyon, Juve president Andrea Agnelli told Sky in Italy: “This season’s balance is bittersweet, we had a great result winning the ninth championship, but the performance in the Champions League has been disappointing for everyone.

“The Champions League is not a dream, it’s an objective. We need to be disappointed to exit the competition like this, we will take a few days to evaluate how to restart with fresh enthusiasm.

“We have a few goals that need to be met, both domestically and internationally. We will need to make a few evaluations to understand how to start the next season with the will to work and win on any pitch.

“We changed a lot, and when you do that it is well known that there can be hardships. I am convinced [Cristiano] Ronaldo will stay on next year as well, he’s one of the pillars of Juventus.”

Ronaldo took to Instagram following Sarri’s dismissal, urging the team to come back stronger next season.

“The 2019-20 season is over for us, much later than usual but yet sooner than we expected. Now it’s time for reflection, time to analyse the ups and downs because critical thinking is the only way to improve,” Ronaldo wrote.

“Winning the Serie A once again in such a difficult year is something that we are very proud of.

“Personally, scoring 37 goals for Juventus and 11 for the Portuguese national team is something that makes me face the future with renewed ambition and desire to keep doing better and better each year. But the fans demand more from us.

“They expect more from us. And we have to deliver, we must live up to the highest expectations. May this short vacation break allow us all to make the best decisions for the future and come back stronger and more committed than ever. See you soon!”