Home Sport Stoney: My long-term future is at Man Utd 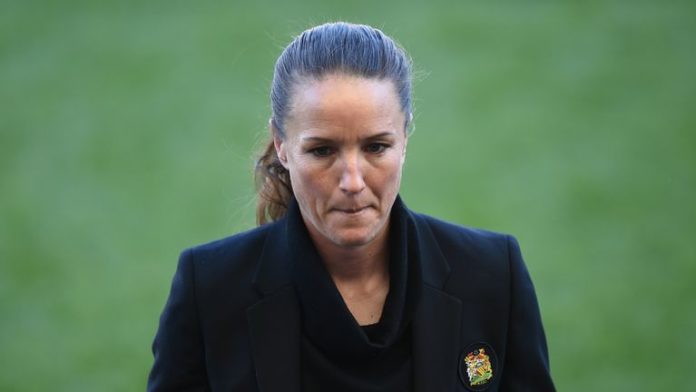 Head coach Casey Stoney insists she has long-term ambitions to conquer Europe at Manchester United, despite being linked with the England job.

The FA is still yet to announce a replacement for Lionesses boss Phil Neville, who revealed in April that he would not extend his deal past July 2021 after the European Championship, which England will host, was moved to 2022.

However, Stoney, 38, has plans “to be here” at United for at least the next five to 10 years, with the ultimate aim to “be at the top level, competing in Champions League finals”.

“I really believe this club has got so much potential in terms of its global fanbase,” she told The Women’s Football Show on Sky Sports. “I said this when I took the job – it could change the face of women’s football.

“I want to grow this team to be one of the best in Europe.”

Stoney urged caution over what she says is a “long-term plan, as much as our fans think it’s going to happen tomorrow”.

Promotion from the Championship in the club’s first year was followed by a fourth-place finish in their debut WSL season.

Our mantra was ‘walk, jog, run’. We bypassed the walking stage.

The club’s founding mantra had been ‘walk, jog, run’, said Stoney, but a 12-0 victory over Aston Villa in the opening game of their Championship season put them ahead of schedule.

“We bypassed the walking stage,” she said. “Now we’re in that jogging phase.”

United will begin their second WSL campaign against reigning champions Chelsea on the opening weekend of September 5.

Stoney admits managing expectations is difficult after such a rapid rise.

“I’m ambitious, I’ve got ambitious players,” said Stoney. “We’re in a very competitive league, we know that, and I understand the expectations of the fans – we are Man United.

“I know what we’re capable of, we know we can push ourselves into that top three. That’s our target, it has to be about improving year on year. Everyone would love to get to a cup final as well.”

The transfer window remains open until September 7 and Stoney says United could still be active “if there is an opportunity to bring in a player that’s going to make us better”.

But the United boss insists growth must come with financial stability.

“There are fine margins, but we know we’re going to have to work harder to achieve what we want to achieve because there probably is a gap in the budget,” she said.

“I’m really passionate about trying to get sustainability and this pandemic has really highlighted that to me.”