Home Culture There’s a move to get Hollywood’s most prolific actor a star on... 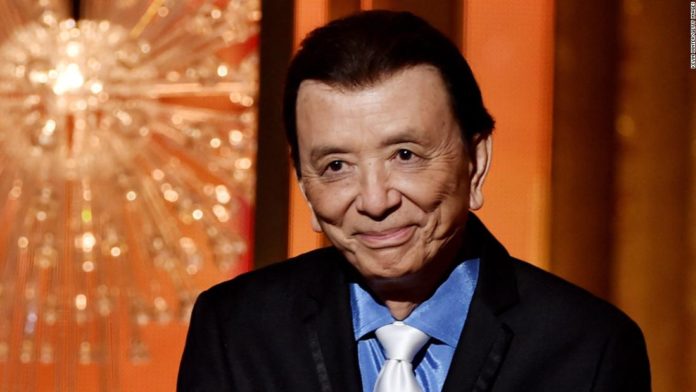 Learn about James Hong’s iconic Hollywood career on Great Big Story, a new podcast by CNN about the delightful, surprising stories all around us.
James Hong is a Hollywood icon. He has over 600 credits to his name and has helped inspire the careers of numerous Asian-American actors. Despite his prolific career, he still doesn’t have a star on the Hollywood Walk of Fame.
Now, actor Daniel Dae Kim wants to right that wrong.
Last weekend CNN published an article and a podcast detailing Hong’s legendary career.
Kim, who most recently starred on CBS’s “Hawaii Five-0,” tweeted out the article with the hashtag #StarForJamesHong, stating that he had already begun the nomination process.
Actors like Harry Shum Jr. and Ken Jeong followed suit, showing their support by retweeting Kim’s call to action, or asking what they could do to help.
On Wednesday, Kim launched a GoFundMe page to raise $50,000 to pay for the “creation and installation of the star,” plus an additional $5,000 to cover service charges. For anyone who donates $5,000 or more, the GoFundMe is offering a 30-minute group Zoom call with Kim and fellow actors Kim Jeong, Ming Na and Randall Park.
According to the Hollywood Walk of Fame’s nomination procedure, anyone — including a fan — can nominate a celebrity as long as the celebrity in question also provides a letter of agreement. Each year, the committee selects around 30 names to be added to the Walk of Fame. After selection, the Walk of Fame requires a fee of $50,000 to create and install the star. The deadline for submission for the Class of 2022 is May 29, 2021.
Hong’s legendary career spans decades. You may know him as the maître d’ in the episode of “Seinfeld” titled “The Chinese Restaurant.” Or as David Lo Pan in “Big Trouble In Little China,” or as the guy who backflipped his way out of a fight in “Wayne’s World 2.”
Beyond his endless résumé, Hong was a vital force in making Asian-American voices heard in Hollywood.
Along with actor Mako Iwamatsu, he helped organize the theater group East West Players, created to showcase the works of Asian and Asian-American actors.
East West Players has seen many great talents pass through its doors over its 55 years — actors such as Randall Park, George Takei, John Cho and Daniel Dae Kim have all been associated with the theater.
And according the theater’s current artistic director, it is thought that at one point 70% of Asian-American actors in Hollywood had a connection to East West Players.
Hong worked against stereotypes in Hollywood for decades. In an interview with Great Big Story, Hong said, “Even to this day, 500 credits or so, I don’t have a star on the Walk of Fame. So in a sense there is a lot of hidden prejudice behind this industry. They don’t think of us, like I say, the principal person … And I try to fight against that.”
A star for James Hong is also recognition for every actor who had a career because of James Hong, and for every actor who broke ceilings so new voices could be lifted today.
As Kim states in the GoFundMe, “It’s time James Hong was honored in the way he deserves, and it’s time to show him how much he — and all the actors of color of earlier generations — have done to pave the way for us today.”