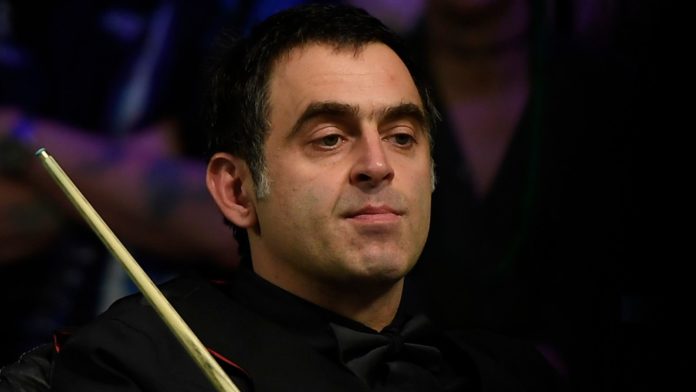 O’Sullivan: “If you look at the younger players coming through, they are not that good really. Most of them would do well as half-decent amateurs, not even amateurs. They are so bad.”

Ronnie O’Sullivan eased into the quarter-finals of the World Snooker Championship after beating Ding Junhui before launching an astonishing attack on the ‘amateur’ standard of the next generation of players.

Resuming at 8-8, O’Sullivan saw off his opponent 13-10 to set up a meeting with Mark Williams in the next round but, not for the first time, the real drama was to be found in his post-match comments.

When asked if it was feasible he and Williams would still be performing at the top over two decades after coming into the sport, O’Sullivan told the BBC: “Probably not if you asked me then but when you look at the standard of play, I would say yes.

“People like me, John Higgins and Mark Williams, if you look at the younger players coming through, they are not that good really. Most of them would do well as half-decent amateurs, not even amateurs. They are so bad.

“A lot of them you see now, you look at them and think, ‘I would have to lose an arm and a leg to fall out of the top 50’. That is why we are still hovering around, because of how poor it is down that end.”

As for the match itself, the five-time world champion made the first mistake of the night against Ding when he missed a simple black, but seized a second chance to take the frame with a break of 87.

A short yellow from Ding allowed O’Sullivan to extend his lead to two frames with a 73, before Ding pounced on another missed black by O’Sullivan to reduce the deficit with a break of 88.

If you look at the younger players coming through, they are not that good really. Most of them would do well as half-decent amateurs, not even amateurs. They are so bad.

He narrowly missed back-to-back centuries but a run of 93 in the next sealed victory and with it a last-eight clash with Williams.

Neil Robertson also made it comfortably through to the next round as he dropped just one frame of the afternoon session in his match with Barry Hawkins.

The 2010 Crucible champion and Hawkins also resumed at 8-8, with Robertson pouncing on some uncharacteristic errors from Hawkins to take the first three frames of the session.

Hawkins reduced the deficit with a superb break of 104 but Robertson restored his lead with a 79 despite the black being out of service, then seized a second chance in the next frame to complete a 13-9 win.

Kyren Wilson withstood a battling fightback from 11-5 down by Martin Gould to come through 13-9 and reach the last eight for the fifth time in his career.

Gould worried Wilson by reeling off the first three frames of the morning and should have had a fourth, only for a calamitous error to leave the 28-year-old with a free ball and the chance to clear from three snookers down to move closer to victory.

Gould reduced the deficit again with a break of 73 and was in first in the next but gave Wilson a chance which he exploited to finally book a clash against Judd Trump.