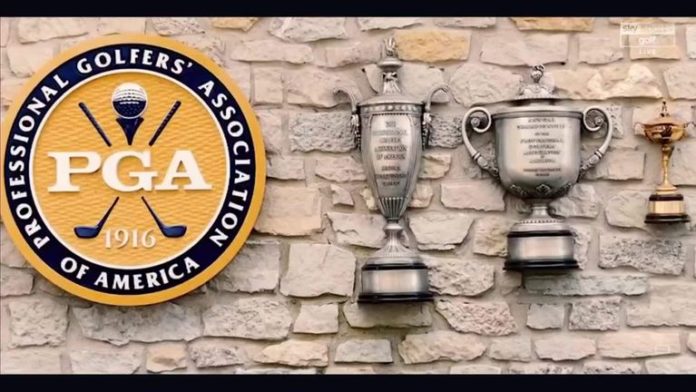 It is 30 years since Wayne Grady won the 1990 PGA Championship at Shoal Creek Golf and Country Club at the end of a turbulent week in Birmingham, Alabama.

The Australian claimed his only major victory by three shots from Fred Couples, who led until dropping four shots in a row down the stretch, but the tournament was overshadowed by controversy over racial discrimination in the host club’s membership.

He told a reporter from the Birmingham Post-Herald: “We have the right to associate or not to associate with whomever we choose. The country club is our home and we pick and choose who we want. I think we’ve said that we don’t discriminate in every other area except the blacks.”

Thompson’s interview made front-page news around the globe and resulted in civil-rights groups threatening to protest against the event, while a number of sponsors, led by IBM, rescinded their backing for the tournament and cancelled their advertising.

These actions led to a substantial loss in revenue for host-broadcaster ABC, who would screen the event for the final time before handing over the rights to CBS the following year.

Amid all the negative publicity generated by Thompson’s comments, the PGA of America met to consider moving the PGA Championship away from Shoal Creek but a compromise was reached when the club brought in its first black member in Louis J. Willie, a local insurance executive, who was invited to become an honorary member.

The tournament subsequently went ahead as planned, but as a result of this incident, everyone associated with golf in the USA, from clubs to the main authorities, were forced to look at minority access in the sport.

The PGA of America and the United States Golf Association, who run the US Open, changed their rules regarding course selection so that clubs hosting events were required to meet inclusive membership requirements.

Deane Beman, commissioner of the PGA Tour at the time, said of the upheaval in Birmingham: “Looking back, it was inevitable that racism in golf would become an issue, but we were not preparing for it. We never saw this coming.

“Black players never complained about their treatment at clubs, and no civil-rights groups were complaining. We weren’t focused on it at all. But the Tour’s position is very clear now.”

Reverend Abraham Woods, the former president of the Birmingham chapter of the Southern Christian Leadership Conference, said at the time: “The ripple effect has been felt throughout our nation. This sounds the death knell of exclusionary clubs.”