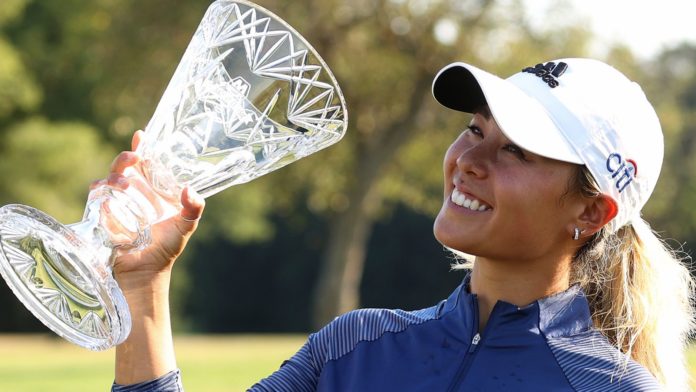 Ko held a five-shot lead with six holes remaining at Highland Meadows Golf Club but carded two bogeys and a double-bogey along the closing stretch, allowing Kang to post a three-under 68 and claim her second LPGA Tour victory in as many starts.

Kang finished a shot clear of Ko and Ewart Shadoff, who surged up the leaderboard on the final day with a four-under 67, with Australia’s Minjee Lee a further shot back in fourth spot.

“It was a lot of up and downs going on,” Kang said. “I made some little mistakes here and there, but I definitely answered with some birdies, which was good, and kept me in my momentum.”

Kang’s hopes had appeared over after following a front-nine 32 with a three-putt bogey at the 12th, only to make long-range birdies over her next two holes and then move closer to the lead when Ko bogeyed the 16th.

A dramatic closing hole saw Kang get up and down from a greenside bunker to save par and set the clubhouse target at 15 under, as Ko’s fourth shot into the par-five hit the fringe and trickled into the sand on her way to a closing double-bogey.

Ewart Shadoff recovered from an opening-hole bogey to register five birdies during her final round, while Lee holed out for eagle at the 17th and birdied the last to jump to 13 under.