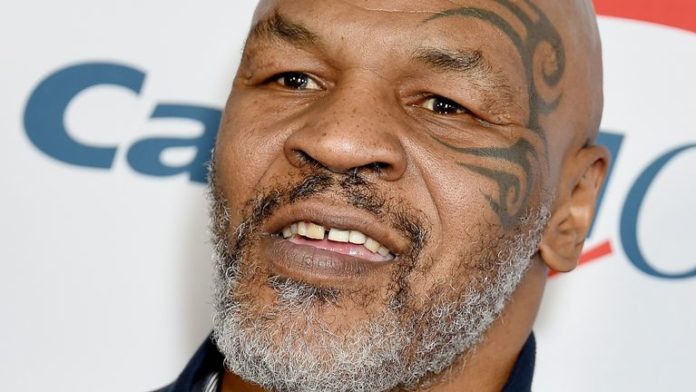 Mike Tyson’s comeback against Roy Jones Jr has been postponed, according to RingTV.com.

Tyson, aged 54, and Jones Jr, 51, were due to meet in an exhibition bout on September 12 but it has been pushed back to November 28.

Heavyweight icon Tyson retired 15 years ago but still plans to step back into the ring.

The California State Athletic Commission, who are licensing the bout, previously told Sky Sports: “The (CSAC) is licensing the Mike Tyson vs Roy Jones Jr match scheduled to take place in Los Angeles as an eight-round exhibition match.

“In this match, the referee will have the authority to stop the fight if it strays outside the boundaries of a competitive boxing exhibition.

“Mr. Tyson and Mr. Jones Jr will have to submit all CSAC medical tests for fighters over 40 as well as CSAC’s emergency regulations that have been put in place to slow the spread of COVID-19.”

Jones Jr told Sky Sports that the exhibition would be “extra-competitive” and expects to face: “The same old Mike – he will be powerful. Power is the last thing to go. He won’t have lost his power or explosiveness.

“You’ve seen the videos he has put out – he has been powerful and explosive. He’s not going to lose it and you’ve got to know that.

“Now, it may not last for more than five rounds but he’s not going to lose it.

“You may have to dance around him for four or five rounds or try to survive, however you find it best to do that. Then you can fight him.

“I’d better get myself in the best shape that I can.

“It never worries me – I love challenges. Something impossible or something I shouldn’t do? That’s what I love to do. Anything you tell me I can’t or shouldn’t do is what I want to do.

“That’s who I am. That makes me happier than anything.

“For me, it’s a one-off. But if it turns out good or he hits me so hard that I don’t get my lip back, then we might have a rematch!

“I bring speed and power, he brings explosiveness and power.”