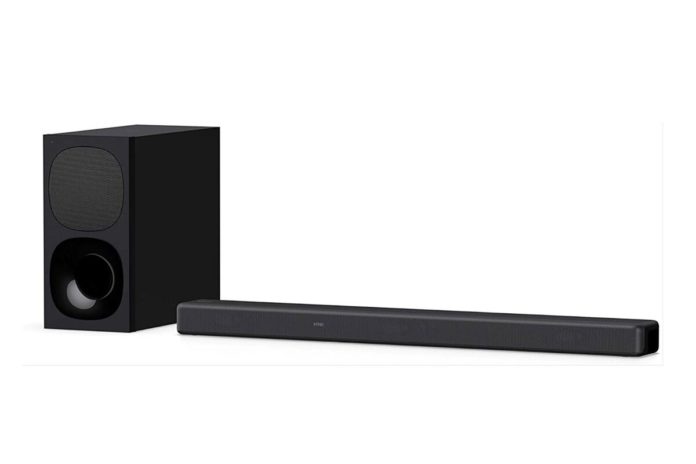 Sony doubles down on virtualized 3D audio with the HT-G700, a 3.1-channel soundbar that can deliver immersive 3D audio using not one, not two, but three competing audio technologies. While it lacks the upfiring drivers that most Dolby Atmos- and DTS:X-enabled soundbars employ for height effects, the HT-G700 simulates height and surround cues using virtual 3D solutions from Dolby, DTS, and Sony itself. The HT-G700 makes for an impressive showcase for how far virtualized 3D audio has come in recent years, yet it also betrays its weaknesses, particularly when it comes to Sony’s aggressive—perhaps too aggressive—implementation.

The HT-G700’s $500 price tag might sound enticing given its array of 3D audio functionality, but it’s also missing one huge feature: a Wi-Fi adapter. That means many of the wireless capabilities we’ve come to expect from soundbars in this price range—including multi-room audio, AirPlay 2 or Chromecast connectivity, direct support for streaming music services, and voice assistant support—are missing.

This review is part of TechHive’s coverage of the best soundbars, where you’ll find reviews of competing products, plus a buyer’s guide to the features you should consider when shopping.

A replacement for Sony’s 2.1-channel HT-X9000F, the HT-G700 arrives with more power than its predecessor (400 watts versus 300W for the X9000F), along with (according to Sony) a wider sweetspot, a larger subwoofer, and a new “Immersive AE” (Audio Enhancement) mode that’s capable of upmixing 5.1 or even stereo audio to virtualized 7.1.2 audio.

The Sony HT-G700 is a 3.1-channel soundbar, with a trio of 45 x 10mm oval-shaped cones in the main unit for the left, right, and center channels (the “3” in “3.1”) and a wireless subwoofer with a 160mm cone for low-frequency effects (the “.1”). Because the HT-G700 lacks the wireless capabilities of Sony’s pricier soundbars, it can’t be upgraded to a full-on 5.1-channel system using a set of wireless surround speakers; in other words, what you see (and hear) is what you get.

The HT-G700 supports 3D object-based sound formats such as Dolby Atmos and DTS:X, but it doesn’t deliver height effects with upfiring drivers that bounce sound off your ceiling (which is itself an alternative to installing speakers in your ceiling). Instead, it uses virtualization to trick your ears into thinking you’re hearing sound from above (not to mention from behind, or from the sides). The soundbar actually supports three flavors of immersive 3D audio virtualization: Dolby Atmos with height virtualization technology, DTS Virtual:X, and Sony’s aforementioned Immersive AE, which employs a pair of other Sony audio technologies—Vertical Surround Engine for height cues, and S-Force Pro for side-to-side surround—to upmix 5.1 or even 2.0 audio to virtualized 7.1.2 sound.

In general, virtual 3D height effects lack the precision you’ll hear from those delivered by upfiring drivers (which, in turn, aren’t as precise as in-ceiling speakers), and they can also sound harsh and distractingly artificial if they’re applied too aggressively. That said, virtual 3D sound offers a key benefit over drivers that bounce sound off the ceiling: its performance doesn’t depend on the type of ceiling you have. To wring the best sound out of upfiring drivers, Dolby recommends a flat ceiling between 7.5 and 14 feet height, and vaulted ceilings simply won’t do. If the ceiling in your entertainment room is too high, too low, or anything other than perfectly flat, virtual 3D sound might be your best option, shy of actual in-ceiling speakers.

The Sony HT-G700’s main soundbar unit measures 38.6 x 2.6 x 4.4 inches, making it somewhat narrower than my 55-inch LG C9 OLED TV, with the soundbar barely grazing the bottom edge of the screen from the vantage point of my living room sofa. Meanwhile, the 7.6 x 15.25 x 16-inch wireless subwoofer (which isn’t really wireless, since it requires a power cord) is about as big and bulky as those that come with competing soundbars.

The Sony HT-G700 takes only minutes to set up. You have the option of placing it in front of your TV or mounting it on a wall beneath your TV; a wall mounting guide is included, but no brackets or screws. I skipped the mounting process and simply plunked the soundbar down in front of my TV set.

Once you’ve put the soundbar where you want it, just plug in the power cord (there’s no outlet-blocking wall wart or power brick, thankfully), then position and power up the pre-paired wireless subwoofer, which should connect to the soundbar automatically (you can also pair the subwoofer manually if something goes wrong with auto-pairing).

Because the HT-G700 lacks network connectivity, you won’t have to deal with adding it to your home Wi-Fi network, a process that (as I’ve found with other soundbars) can be surprisingly arduous.

While its lack of Wi-Fi connectivity makes the HT-G700 a snap to set up, it also means that the soundbar lacks bevy of key features, including multi-room audio, AirPlay 2 and Chromecast audio casting, and the ability to directly connect to streaming audio services such as Spotify or Amazon Music. You also can’t control the HT-G700’s features or settings with a mobile app, nor with Alexa or Google Assistant voice commands. For a $500 soundbar, that’s a lot to give up.

Sony does offer a similar soundbar with Wi-Fi capabilities: the $700 3.1-channel HT-Z9FRemove non-product link (which we haven’t reviewed yet).

The Sony HT-G700 comes equipped with a pair of HDMI ports: one is a standard HDMI input, while the second is an HDMI ARC (short for “audio return channel”) port that supports eARC, an “enhanced” version of eARC that allows for lossless audio formats such as Dolby TrueHD and DTS-HD Master Audio (you can read all about ARC and eARC in this story). In addition to the HDMI ports, there’s also a Toslink optical digital input, plus a USB port that’s only for installing firmware updates.

The easiest way to connect the HT-G700 to your TV is via the aforementioned HDMI ARC port, which allows you to keep your various video sources connected to your TV while sending audio to the soundbar over the included HDMI cable. If one of your video sources is a Blu-ray player (either standalone or those that are built into PlayStation 4 and Xbox One game consoles), the HT-G700’s eARC support will let you enjoy lossless Dolby TrueHD and DTS-HD Master Audio soundtracks in all their glory—provided your TV also supports eARC, that is.

Another option is to connect a video source to the soundbar’s single HDMI input and then connect the soundbar to the TV via the HDMI ARC port, which supports 4K HDR video passthrough. The benefit of plugging a video source directly into the soundbar is that you’ll be able to hear lossless audio from a Blu-ray player even if your TV doesn’t support eARC (which it likely doesn’t, unless you bought it in the last 12 months or so). The downside, however, is that you’ll have to physically swap out HDMI cables if you have more than one video input.

On top of the main soundbar unit, you’ll find touch-sensitive buttons for power, input select, Bluetooth, and volume up/down. Peeking out from the black aluminum speaker grille is a five-character display that tells you (among other things) the volume level, the detected audio signal (Dolby Atmos, DTS:X, etc.), which input is selected, and so on. You can also set the indicator to go dark after a brief period, handy for cutting down on visual distractions.

The HT-G700’s long, thin, and non-backlit remote can be tricky to use. While the large round volume button is easy to find in the dark (as is the jumbo-sized power button in the top-right corner), good luck identifying the other small, circular buttons without turning a light on.

A dozen of these identically shaped buttons are arranged in two columns of six buttons each, including the mute button, the night and voice modes, and the subwoofer level buttons. All of those sit beneath the volume rocker. Eight more buttons, including four for sound modes (such as Cinema and Music), one that toggles Sony’s Immersive AE feature, another that cycles the display, and yet another for selecting the active input, are above the volume rocker.

The Sony HT-G700 offers an embarrassment of riches as far as virtual 3D audio engines are concerned; indeed, if you ever wanted the opportunity to stack the virtual 3D sound technology of Dolby, DTS, and Sony against each other, this versatile soundbar presents the perfect opportunity to do so.

DTS Virtual:X is likely the most familiar of the three competing virtual 3D modes. Following its debut in 2017, DTS Virtual:X showed us just how realistic virtual 3D audio technology could sound. Dolby’s virtual 3D technology, known as Dolby Atmos height virtualization, is only now making its way onto soundbars (such as the upcoming TCL Alto 9+).

Then there’s Sony’s Immersive AE mode, which requires some explaining. As I mentioned earlier, Immersive AE is actually a combination of two Sony audio technologies: Vertical Surround Engine, which supplies height effects, and S-Force Pro for side-to-side surround effects. These two technologies are applied—or not—depending on the content you’re listening to and the sound mode you’ve chosen.

iOS 14: How to use the App Library