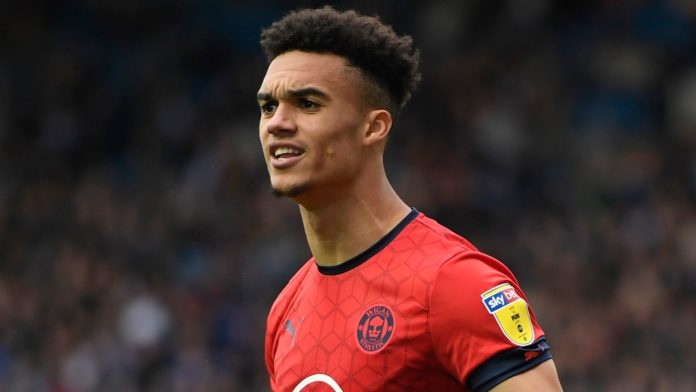 Sheffield United have had a bid of around £2m accepted by Wigan Athletic for left-back Antonee Robinson.

The former Everton defender, who was on the verge of joining AC Milan in January before the deal collapsed following a problem with his medical, is expected to agree terms with the Yorkshire club and complete a deal this week.

Wigan need to sell players with the club in administration, to pay wages and football creditors, with a number of interested parties looking to takeover the League One club.

Wigan, who bought Robinson last summer for less than £2m, had agreed a £6m fee with AC Milan in January before the deal fell through.

Robinson has seven caps for the United States and has attracted interest from other Premier League clubs.

He made 39 appearances for the Latics last season, scoring one goal.

Lundstram has less than 12 months remaining on his contract at Bramall Lane and has failed to agree to an extension following six months of discussions.

If talks remain at a stalemate, manager Chris Wilder could be tempted to accept a fee this summer, rather than let him go for free next year.

Lundstram enjoyed a fine debut season in the Premier League, scoring five goals, with three assists in 36 appearances, as United challenged for a European slot.

The former Everton scholar gained representative honours for England from U17s through to U20s.

His debut goal in the Premier League last August meant Lundstram has scored in each of the top four divisions of England football.

Stoke pull out of race for Wigan’s Moore

Stoke City have pulled out of the race to sign Wigan forward Kieffer Moore.

Stoke manager Michael O’Neill is aiming to build a squad capable of challenging for a place back in the Premier League.

O’Neill became Stoke manager in November when they were bottom of the Championship with just eight points from 15 games. Under O’Neill, Stoke finished 15th with 56 points.

Moore scored 10 goals in 36 Championship games last season, with Wigan one of the form teams in the league after the restart. They finished 13th in the table before their 12-point deduction.