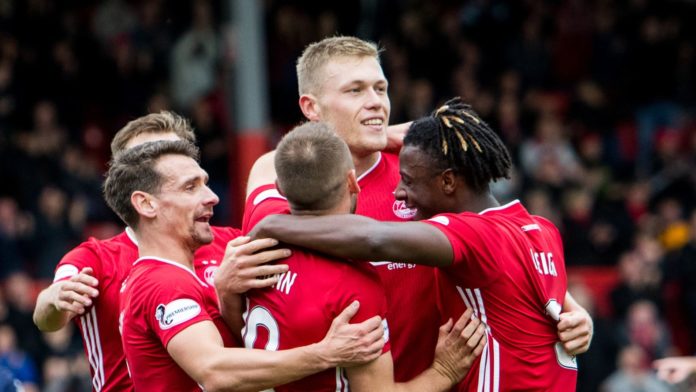 Aberdeen to play winners of tie between NSI Runavik and Barry Town United at home, Motherwell to host either Glentoran or HB Torshavn

Aberdeen and Motherwell could be involved in all-British Europa League qualifiers after Monday’s draw.

Aberdeen will play the winners of the tie between NSI Runavik and Barry Town United at home, while Motherwell will play host to either Glentoran or HB Torshavn.

Barry Town and Glentoran play their preliminary qualifying matches – which are both against clubs from the Faroe Islands – on August 20, with the first full round of qualifying taking place on August 27.

In Sunday’s draw for the Champions League, Celtic were drawn at home to Icelandic champions KR Reykjavik in the first qualifying round.

Shamrock Rovers are at home to FC Ilves Tampere and Bala Town were drawn to travel to Valletta FC.

Derry City will play Lithuanian side FK Riteriai away from home while The New Saints were drawn as the home side against MSK Zilina of Slovakia.

Sky Sports – the new home of Scottish football – has announced its plans ahead of the Scottish Premiership season with Eilidh Barbour presenting coverage of up to 48 live matches.