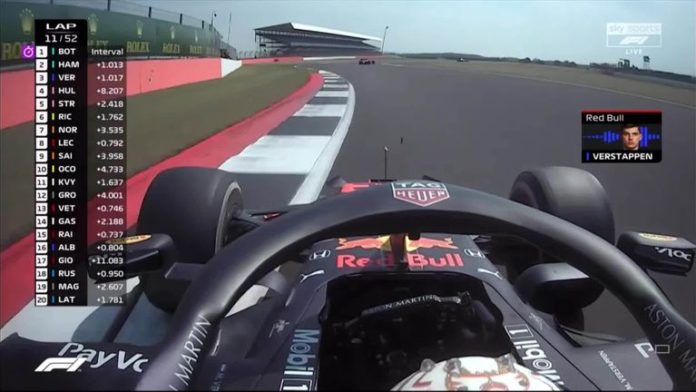 “I definitely will not overlook them,” says Hamilton as Verstappen and Red Bull breathe life into F1 2020 with first victory

Lewis Hamilton says he hopes Max Verstappen can continue to challenge Mercedes in F1 2020 after his superb 70th Anniversary GP victory, and “will not overlook” the Dutchman in the race for the championship.

Hamilton, the six-time world champion, and Verstappen, the sport’s rising young superstar, have never engaged in a season-long title battle but – while that prospect looked unlikely after Mercedes’ unbeaten start to the season – Verstappen is suddenly Hamilton’s closest rival thanks to a masterful drive at Silverstone on Sunday.

Verstappen’s win means he is 30 points behind in the standings and Hamilton insisted: “I think it’s great.

“I want to have races where they’re challenging.”

Red Bull and Verstappen had big title aspirations heading into the season and they finally looked like a 2020 force in the hotter temperatures, with both Hamilton and Valtteri Bottas struggling with their tyres for Mercedes.

It was the first shake-up in the early-season pecking order, and a surprise after Mercedes beat Red Bull by over a second in qualifying the day before.

“Obviously the Red Bull seems to be quite close in race conditions to us and obviously [they were] stronger [on Sunday] so it shows they don’t have as bad a package as perhaps people had said in the past,” said Hamilton.

“But I think it’s good. It will be interesting to see the progression through the rest of the year and I definitely will not overlook them.

“I think we’ve got to keep a close eye on them and keep working to push forwards because I don’t think it’s going to be easy by any means.

“But I don’t think my team has that mentality anyway so we just keep our heads down.”

Verstappen has yet to beat Hamilton in qualifying this season and he says that’s where Red Bull have to try and find gains, while also hoping for race conditions similar to those at Silverstone.

“Yes we can get closer but we are also lacking quite a lot of top speed,” Verstappen told Sky F1 of the Honda-powered outfit. “In qualifying I think it will be very hard to be close to them because once we go to Q2, Q3, they turn it up and they gain like four, five tenths on the straight and it’s very hard to fight that.

“But of course in the race they can’t really use it as much and then automatically we come a little bit closer to them, and we can sometimes put on a little bit of pressure.

“And then a day like [Sunday] when they’re struggling with tyres and we don’t have any issues, then of course you can win that race.”