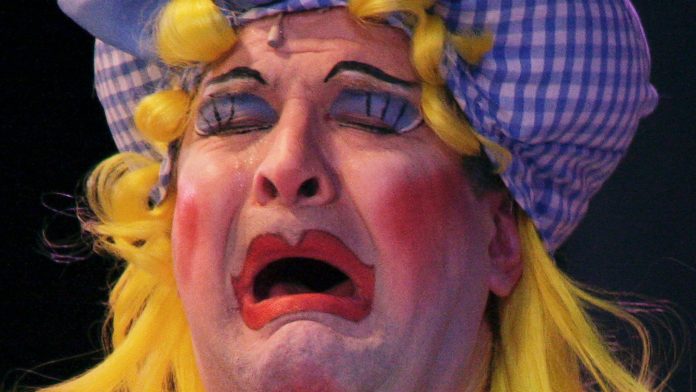 Four of London’s biggest pantomimes are postponing their Christmas shows until 2021, blaming the “the continued uncertainty of government guidelines for restarting public performances”.

“Without an announced date from the government on when theatre performances can resume without social distancing, making doing a panto economically viable, these theatres have now had to take the hard decision to postpone to 2021,” they wrote.

Current coronavirus social distancing rules mean that auditoriums would only be able to use 25% of their capacity.

All four theatres have a long tradition of producing the very British family shows, and last year they say they attracted a combined audience of 145,000 people.

Both the Lyric Hammersmith and the Queen’s Theatre had been due to put on Aladdin, while Hackney Empire had Jack And The Beanstalk planned and Stratford East was hoping to stage Red Riding Hood.

The theatres say a large part of the panto audience is made up of children, many of whom would have been experiencing theatre for the first time.

While it may seem early to be talking about Christmas shows, large-scale pantomimes traditionally start gearing up for production in early August.

Hackney Empire’s artistic director Yamin Choudury and executive director Jo Hemmant called the decision “devastating”, but said it was necessary ensure the theatre could survive for “another 120 years and more”.

PANTO UPDATE : like many theatres across the country we have had to make a very hard decision about this years panto and are postponing until 2021. We will be in touch with bookers shortly and thank you all for your patience and support 🙏 #SaveHackneyEmpire #pantomime pic.twitter.com/5x67OOWshg

Lyric Hammersmith’s artistic director Rachel O’Riordan and executive director Sian Alexander said the “very hard decision” was “one we had to make to ensure the future of our theatre and manage the unprecedented levels of risk during this difficult and uncertain time”.

We are desperately sad to announce the postponement of Aladdin to 2021.

It was a very hard decision but one we had to make to ensure the future of our theatre. All affected customers have been contacted.

The cancellation of the pantos will come as a blow to many freelance theatre workers, many of whom rely on the shows for employment.

As well as the actors, a host of backstage professionals are involved in putting the productions together, including writers, directors, designers, technicians and stage management.

The Theatre Royal Stratford East artistic director Nadia Fall and executive director Eleanor Lang commented: “It’s our biggest show; employing a wide range of freelancers, who may now have no work over the Christmas period.

“Panto means so much to our audiences, the artists and freelancers that put it together and to us as a building.”

The theatres say that, together, they would typically employ over 285 freelance artists across the four Christmas productions each year.

There has been criticism of the government’s lack of clarity over a plan to help theatres regenerate following months of shutdown due to COVID-19.

While Prime Minister Boris Johnson announced a £1.57bn coronavirus lifeline for the arts last month, which allows venues to apply for emergency grants and loans, there are still no plans in place to resume live performances.

It is estimated that 350,000 people in the recreation and leisure sector have been furloughed since the pandemic began, but that scheme is due to end in October.

Both the Queen’s Theatre Hornchurch and the Hackney Empire say they will be offering smaller-scale festive offerings later in the year.

The Hackney Empire has also confirmed that Tracy Beaker actor Clive Rowe will star as Dame Daisy Trott in its 2021 production of Jack And The Beanstalk.