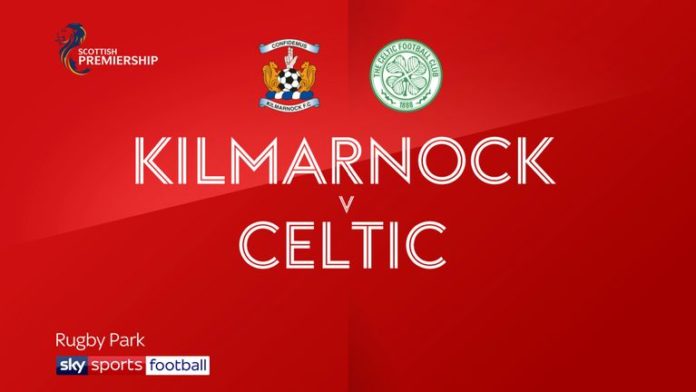 Watch St Mirren vs Celtic on Wednesday. Coverage begins on Sky Sports Football and Main Event at 5pm; kick-off is at 6pm

Celtic manager Neil Lennon insists the criticism of defender Christopher Jullien is a “knee-jerk reaction” after he gave away a penalty in the 1-1- draw with Kilmarnock on Sunday.

The Frenchman was a mainstay of the Hoops defence last season as they secured a record-equalling ninth consecutive Scottish title.

Jullien needlessly brought down Nicke Kabamba in the area to give away a penalty against Killie that Chris Burke converted after Ryan Christie had given Celtic the lead.

But Lennon has backed Jullien, who has formed an impressive central defensive partnership with Kristoffer Ajer, ahead of Wednesday’s game with St Mirren – live on Sky Sports.

“It’s just a knee-jerk reaction, as it is always up here, but he’s been absolutely outstanding for me, a brilliant signing,” Lennon told Sky Sports News.

“He takes a bit of time to get going and it was the same situation last year. He came in for a couple of games then we left him out for the Cluj game.

“We just felt he wasn’t up to speed – and you could see that rustiness was there yesterday – but he went on to have an outstanding season and I’m expecting more of the same from him.

“I didn’t think Kilmarnock caused us too many problems to be honest, but the manner of the goal is what everyone’s looking at. Yes, it’s an error of judgement but that happens sometimes.”

Lennon is expecting another tough test against St Mirren at the Simple Digital Arena against a side who will offer them few scoring opportunities.

“They probably didn’t score enough goals last season but they are well organised, like Kilmarnock were,” added Lennon.

“They are well structured and will probably make it difficult to break them down.

“Again, it might be a question of patience but hopefully we can get out of the blocks quickly and take the game to them at every opportunity.”

Lennon also confirmed they are still looking to add to their squad, with Croatian defender Jozo Simunovic among those to have left the Hoops in the close-season.

Greece goalkeeper Vasilis Barkas impressed on his debut at Rugby Park after joining from AEK Athens on a four-year deal, while West Ham striker Albian Ajeti is close to agreeing terms with them on a loan deal.

Lennon said: “We are trying to get one or two players in. The squad is a little bit thinner than it was at the end of the season.

“We are looking to add to the squad and those talks are ongoing.”