Home Sport How do England line up without Stokes? 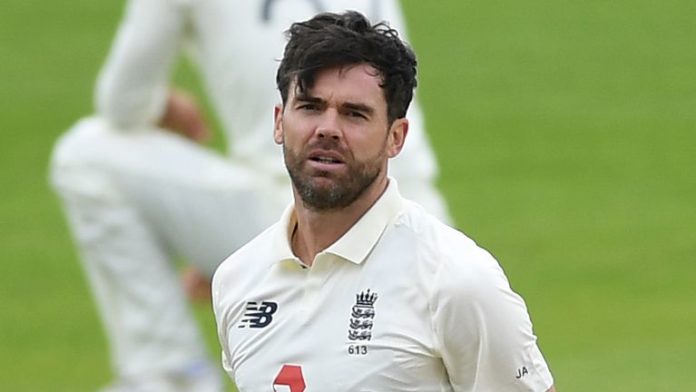 Crawley for Stokes looks the obvious selection, but will the latter’s absence trigger even more changes?

England have been without Ben Stokes’ bowling – save for four key overs – in their last two Tests and will be without Stokes full stop for their next two.

The talismanic all-rounder is heading to his birthplace of New Zealand for family reasons and will miss the final two games of the #raisethebat series against Pakistan in Southampton, the first of which starts on Thursday.

So how will England go about balancing the side in Stokes’ absence as they look to preserve their proud record of having gone unbeaten in Test series at home since 2014? Here are a few ideas…

The simple solution, and something that surely will happen. Crawley only dropped out of the England XI for the final Test against West Indies and first against Pakistan due to Stokes playing as a specialist batsman and the hosts wanting to go in with five frontline bowlers.

The Kent youngster did nothing wrong to lose his place and has looked a classy performer since debuting in South Africa over the winter, with two fifties so far, including 76 against West Indies at The Ageas Bowl last month when he outshone county colleague Joe Denly.

Crawley returning at No 3 would also allow England skipper Joe Root to move to his favoured No 4 spot – he averages 49.23 there compared to 38.66 at first drop, with eight of his 17 Test hundreds coming from No 4.

If the only change is Crawley for Stokes, then England retain a five-strong bowling attack but remain possibly light on batting, although Chris Woakes did his best to prove he was a Test match No 7 with his match-winning 84no in the series opener at Emirates Old Trafford.

Add Bracey or Foakes to the XI as well

Woakes’ superb knock saw England over the line in Manchester but doubts about the depth of the batting were raised throughout the game with the home side having been skittled for 219 in the first innings and then reduced to 117-5 in their second by a potent Pakistan attack.

If England are worried about that, then Crawley could be joined in the XI by either Gloucestershire’s James Bracey or Surrey wicketkeeper Ben Foakes – both of whom have been part of the squad as official reserves – leaving four frontline bowlers to take the wickets. Essex batsman Dan Lawrence was an option to come in but has now left the bubble after a bereavement.

Bracey’s top-order runs helped Gloucestershire to promotion to County Championship Division One in 2019, while he impressed in Australia over the winter, notching a couple of fifties during the Lions’ unbeaten tour, and struck 85 in an internal England warm-up game in July.

The left-hander can keep wicket but batting is his primary focus for now. Foakes, though, could come in behind the stumps and allow Jos Buttler – who hit 75 on Saturday during his 139-run stand with Woakes for England’s sixth wicket – to focus on batting after a tough Test with the gloves.

Buttler dropped two catches, missed a stumping and fluffed a run out chance in Manchester, with two of those errors coming when Pakistan opener Shan Masood, who went on to score 156 in his team’s first innings, was on 45. Buttler even admitted after the game that his mistakes were the reason England were chasing so many runs to win.

Foakes’ glovework is often flawless, with Surrey director of cricket Alec Stewart recently reaffirming his belief that Foakes is the best gloveman in world cricket. Those skills often hide Foakes’ ability with the bat – he averages 38.01 in first-class cricket and 41.50 from five Tests, having hit a hundred on debut in Sri Lanka in 2018.

Had Buttler been better with the gloves, England off-spinner Dom Bess could have picked up more than two wickets in the first Test – but the stark fact remains that he is averaging 46 in four Tests this summer and 36.06 throughout his eight-Test career to date.

Former Pakistan international Bazid Khan told The Cricket Debate last week that the best-balanced Test attack is not necessarily one that contains a frontline spinner but one that can take 20 wickets and an-all pace arsenal of bowlers could be tempting for England.

Woakes and Stuart Broad, averaging 15.80 and 12.09 respectively with the ball this summer, look must-picks but playing six batsmen, a wicketkeeper and leaving out Bess, would allow England to select two more pacemen and not significantly weaken the batting, with Root providing part-time spin.

Jofra Archer, who has not been as quick as we expected this summer, spoke during the first Test about how he reckoned he could be rested for the second, so Mark Wood might the fast bowler on display. With Stokes absent, Wood could be the man England look to for reverse swing as well.

Four seamers could also ensure James Anderson keeps his place after a tough first Test in which he took just one wicket and struggled for rhythm.

Uncapped Sussex seamer Ollie Robinson is at The Ageas Bowl, too, and could play if England rest their leading wicket-taker in Test cricket but still want an Anderson-type bowler, while they could also recall left-armer Sam Curran. There is much to ponder.

Watch the second #raisethebat Test between England and Pakistan, at The Ageas Bowl, live on Sky Sports Cricket from 10.30am on Thursday.