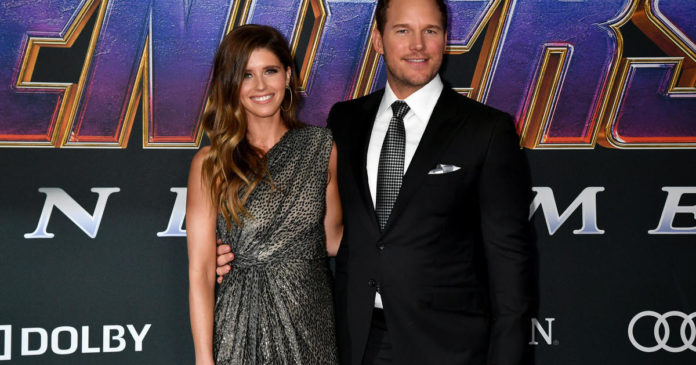 Actor Chris Pratt and author Katherine Schwarzenegger announced the birth of their first child together on Monday on social media — and shared a sweet photo with their new baby girl. The couple said they named their daughter Lyla Maria Schwarzenegger Pratt.

“We couldn’t be happier. Both mom and baby are doing great,” Pratt wrote on Instagram and Twitter. “We are extremely blessed. Love Katherine and Chris” He also included two Bible verses in the Instagram post.

Schwarzenegger posted a similar message to her own social media accounts, without the Bible verses.

The pair also posted an adorable photo alongside the announcements, which appeared to show the hands of Pratt, Schwarzenegger and their new baby girl.

Congratulations from the stars’ famous friends quickly poured in following the announcement.”Welcome to the world Lady Lyla!” commented Zoe Saldana on Pratt’s Instagram post. “May your path be blessed with grace and joy always! we are so happy for you guys! Sending you so much Love.”

“We are so happy for you both!!!” Gwyneth Paltrow commented on Pratt’s post. Comedian Chelsea Handler wrote “Congratulations, babycakes! You have made your mama a grandmother! You did it!” on Katherine’s Instagram post.

The baby is Katherine’s first child and Pratt’s second. He was previously married to actress Anna Faris, and they share a son, Jack, who was born in August 2012. They divorced in 2018 after nearly nine years of marriage.

Pratt and Katherine were married in June 2019 and shared the news on Instagram. They both posted an identical caption with a photo from their wedding day of them holding hands and called the ceremony “intimate, moving and emotional.”

The duo first began dating in the summer of 2018 and became engaged in January 2019.