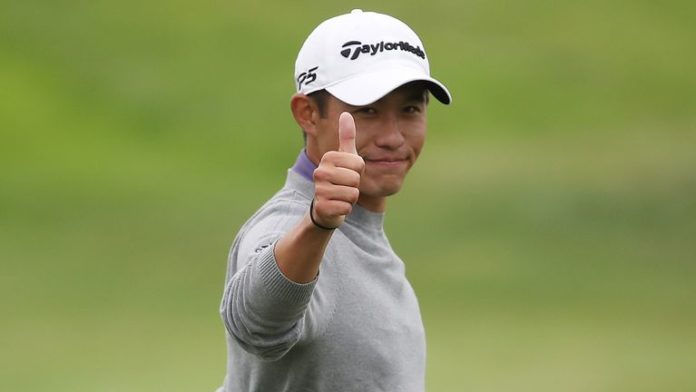 McGinley on Morikawa: “He’s on a good run of form that has collided with a brilliant win, against a strong field, on a great golf course”

The 23-year-old played some exceptional golf to secure his first major at TPC Harding Park in San Francisco, the same age Woods, who has won 15 majors, was when he lifted the Wanamaker Trophy.

Former Team Europe Ryder Cup captain McGinley has urged caution, however, insisting it remains to be seen how Morikawa adjusts to his new-found fame and fortune.

“There’s going to be a lot more money coming his way, a lot of stardom, a lot more pressure on his shoulders,” he told Sky Sports News.

“It’s how he deals with those things that will determine how successful he is going to be in his career.

“This guy’s got something about him. At the moment, he has a bit of confidence too.

“Let’s not jump to any conclusions that this is the new Tiger Woods though, and that he is going to run off and win 15, 16 major championships.

“Let’s give him a bit of time. He’s on a good run of form that has collided with a brilliant win, against a strong field, on a great golf course.

“But let’s just take stock before we jump to conclusions that this is the new Tiger Woods.”

Collin Morikawa was on “Cloud Nine” following his stunning win at the PGA Championship, and the enormity of his success was heightened when NBA star Steph Curry fired the first question at the champion’s press conference.

Despite playing in only his second major championship, Morikawa displayed composure beyond his 23 years as he powered to the top of a heavily-congested leaderboard with some outstanding shot-making over the closing stretch at TPC Harding Park.

With seven players tied for the lead at one point, Morikawa got to 11 under when he chipped in for his fourth birdie of the final day at the 14th, and he then hit the shot of the tournament two holes later as his aggressive drive bounded onto the green and settled seven feet from the flag.

Morikawa, who pipped world No 1 Justin Thomas in a play-off to win the Workday Charity Open last month, converted the chance for eagle and calmly parred the final two holes to wrap up a two-shot victory over Paul Casey and Dustin Johnson.

“I’m on Cloud Nine, I don’t know about you guys, but I’ve believed in myself since day one,” said Morikawa. “I feel very comfortable in this position. It was going to take a very, very good round today, and I knew with the way the leaderboard was looking and everyone up there, you just had to play well.”